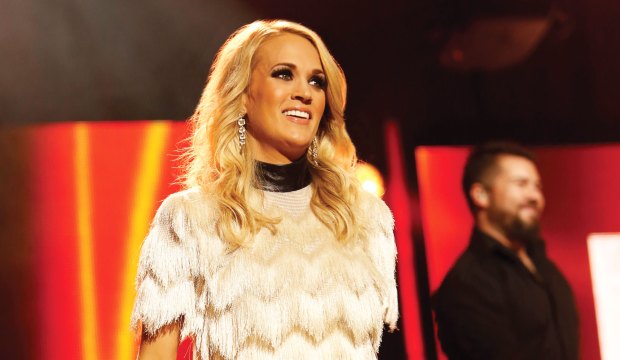 Carrie Underwood emerged from “American Idol” as one of the biggest country-pop crossover successes of the 21st century. But what are the very best songs of her career? Scroll down to see how we rank her all-time greatest hits. There are a lot to choose from, so what do you think of our selections. Did we leave off any of your favorites? Let us know below in the comments, and join all the discussion here with your fellow music fans.

Underwood broke out in 2005 when she competed in — and won  — the fourth season of “Idol,” and though not every champion from that singing competition series has achieved lasting success in the music business, Underwood has ruled in the music industry for years. She has won seven Grammys, more than any other “Idol” alum, and to date she’s the only artist from the series to win Best New Artist.

She has also been feted by country insiders with multiple awards from the Country Music Association and the Academy of Country Music, including a couple of Entertainer of the Year prizes at the ACMs. She even hosted the CMA Awards every year for more than a decade starting in 2008.

It almost goes without saying that music fans like her too. She has prevailed more than a dozen times at the audience-voted American Music Awards and more than 10 times at the Billboard Music Awards, whose winners are decided based on chart performance, sales, streams, radio airplay, touring and social engagement. And no wonder — her first six albums all went platinum (her first, “Some Hearts,” went eight-times platinum), and so have many of the singles listed below.

See which of those songs rank highest for us, and revisit all of those memorable music videos over the course of her career.