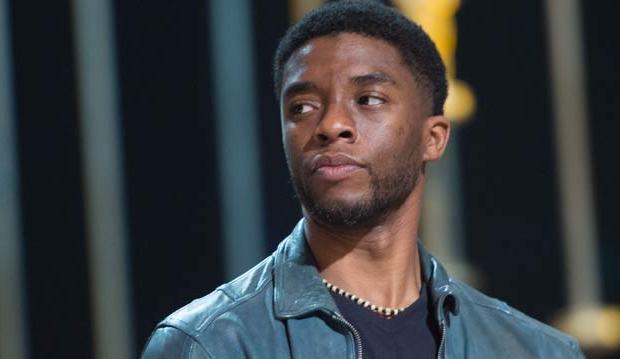 Chadwick Boseman achieved an impressive legacy of memorable screen roles, including historical figures Thurgood Marshall, James Brown and Jackie Robinson plus indomitable creations like Black Panther. But which of his roles do you consider his greatest? Vote in our poll below.

After spending much of the 2000s in recurring and guest roles on television, Chadwick Boseman seriously considered quitting acting before landing his breakout film role in “42” as breakthrough baseball star Jackie Robinson in 2013. Boseman received critical acclaim for the role and even landed nominations from the NAACP Image Awards, the Chicago Film Critics and more.

The next year he co-starred with Kevin Costner in “Draft Day” and found his next big biopic role in the form of “Get on Up,” the James Brown story. Once again, he would receive strong notices for his fiercely committed performance. After playing Thoth, the Egyptian God of Wisdom in “Gods of Egypt,” he launched himself even further into stardom by taking on the role of T’Challa, a.k.a. Black Panther. He first appeared in 2016’s “Captain America: Civil War,” giving fans just a taste of what was to come. Before “Black Panther,” he starred in Netflix’s “Message from the King” and returned to the world of biopics with “Marshall,” about future Supreme Court Justice Thurgood Marshall.

DISCUSS‘Black Panther’ star Chadwick Boseman gone too soon: 9 times he proved he was a winner

Marvel Cinematic Universe’s “Black Panther” would cement his legacy on film. It became the highest-grossing movie of 2018, even outpacing “Avengers: Infinity War” from the same year and remains one of only four films to earn at least $700 million at the U.S. box office. The Marvel blockbuster was also a success with critics and made history as the first superhero film to be nominated for Best Picture at the Oscars. Boseman won the People’s Choice Award for Favorite Male Movie Star and a SAG Award with the ensemble of “Black Panther.” He reprised the role of T’Challa in “Avengers: Infinity War” and “Avengers: Endgame,” while also starring as an NYPD detective in the 2019 drama “21 Bridges.”

Boseman’s most recent role is in Spike Lee‘s Netflix film “Da 5 Bloods,” where he plays a soldier killed in action during the Vietnam War, with his friends returning to the area decades later to try to find his remains. He will next be seen in Netflix’s “Ma Rainey’s Black Bottom” alongside Viola Davis.