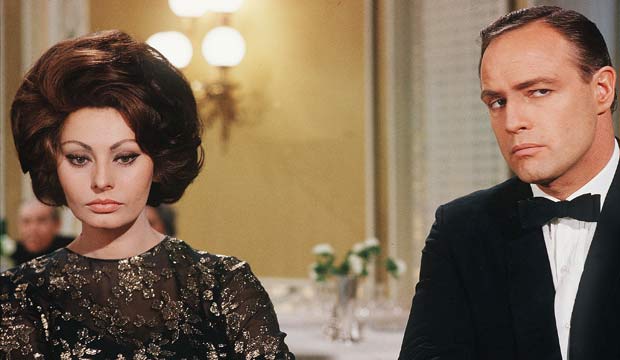 Charlie Chaplin would’ve celebrated his 130th birthday on April 16, 2019. The silent movie comedian was a trailblazing writer, director, producer and performer, paving the way for the likes of Woody Allen, Albert Brooks and several other funny filmmakers who followed in his footsteps. In honor of his birthday, let’s take a look back at all 11 of the feature films he directed, ranked worst to best.

Born in London, England, in 1889, Chaplin grew up in extreme poverty with an absent father and a mother who was committed to a mental institution when he was 14. He began performing in music halls at an early age, traveling to America to find work in the burgeoning film industry. It was at Keystone Studios that he created the Little Tramp, a lovable vagabond who finds himself in one hilarious situation after another.

He transitioned into directing with a series of shorts before helming his first feature, “The Kid” (1921). In this film and others, Chaplin displayed a rare talent for mixing slapstick, sight gags, and pathos, making us laugh, cry, and gasp in equal measure.

The emergence of sound threatened to end his career, and while the rest of the industry was making talkies, Chaplin continued producing silent films featuring his beloved tramp (“City Lights” in 1931 and “Modern Times” in 1936).

His first sound feature, “The Great Dictator” (1940), was a direct attack on Adolf Hitler and the rise of fascism in Europe. The film earned five Oscar nominations, including Best Picture, Best Actor, and Best Screenplay for Chaplin. At the same time, its politics made him a target of McCarthyism, and he was forced to leave the country in 1952 after he was accused of being a communist.

He returned triumphantly in 1972, when he was given an Honorary Oscar. The next year, he won a competitive prize in Best Original Score for “Limelight,” a film he completed in 1952 but did not release in the U.S. until 20 years later.

Chaplin received a previous Honorary Oscar at the first Academy Awards ceremony for “The Circus” (1928), in recognition of his achievement as a writer, director, producer, and performer. He earned an additional nomination in Best Original Screenplay for the dark comedy “Monsieur Verdoux” (1947).

Tour our photo gallery of Chaplin’s 11 feature films he directed, and see if your favorite tops the list.