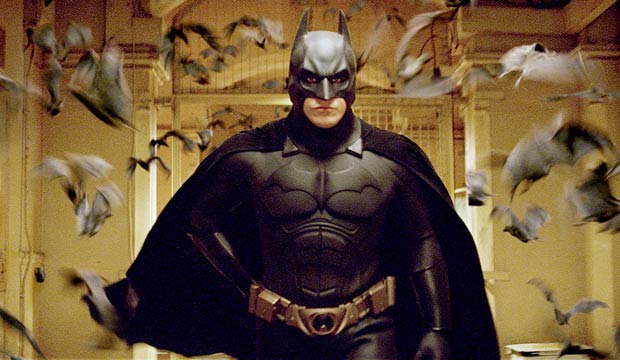 One of the most anticipated films of 2017 was Christopher Nolan‘s “Dunkirk,” a World War II epic that is nothing like others that the acclaimed auteur has ever attempted before. With a cast that included Kenneth Branagh, Mark Rylance, Tom Hardy and One Direction’s Harry Styles, “Dunkirk” received glowing notices from many American film critics, placing it squarely in the race for the 2018 Oscars.

Nolan has previously been nominated for three Academy Awards — Original Screenplay for “Memento” (2001); Best Picture and Original Screenplay for “Inception” (2010). None of the Oscar bids have been for directing, though, until his 2018 effort for “Dunkirk.” He has also received many other nominations: four Golden Globe Awards, three Directors Guild Awards, and two Writers Guild Awards, winning once for writing “Inception.” This film “Dunkirk” being an all-stops-out WWII epic would seem to be right in the wheelhouse of the Academy’s older white male demographic and prime for honors ahead (just look at “Hacksaw Ridge” for the 2017 ceremony).

Part of the reason for all the excitement for “Dunkirk” was that Nolan has massed an enormous fan base over the years thanks to his inventive use of narrative (“Memento,” “Inception”) and the huge reception given to his “Dark Knight Trilogy.” Let’s take a look at those nine movies that have helped to cement Nolan’s reputation over the years in order of favorable reviews and influence. We rank them from worst to best in our photo gallery above, so sound off in the comments with reasons why you agree or disagree.

SEEComposer Hans Zimmer: ‘Dunkirk’ was the hardest thing we ever did’ [EXCLUSIVE VIDEO INTERVIEW]

9. INTERSTELLAR (2014)
Coming as Nolan’s first film after “The Dark Knight Rises,” anticipation for the release of “Interstellar” was stratospheric, to say the least. Upon its release, however, fans and critics appeared to be split on the film’s virtues and shortcomings.  Many Nolan fans loved the tale of astronauts traveling through a wormhole in space in hopes of finding a new habitable planet where survivors on a dystopian Earth could find a new life.

8. THE PRESTIGE (2006)
On the other hand, the Nolan brothers’ script for “The Prestige” was highly regarded by critics in this story of a deadly rivalry between two London magicians in the 1890s. The fact that each magician has the skills to convincingly fake their own deaths so as to pop up later is a tricky conceit to pull off, but Nolan manages to do it.

7. BATMAN BEGINS (2005)
The opening film of what would become Nolan’s “The Dark Knight Trilogy,” “Batman Begins” introduces the dark brooding tone that will help to characterize the series. It is clear from the opening scenes of “Batman Begins” that Nolan’s vision of the Caped Crusader is not the pop campy world that was the tone of the TV series and several of the films that followed.  This Bruce Wayne is haunted by his own demons, and the three films’ various villains are sick and wounded individuals rather than madcap bad guys.

6. INCEPTION (2010)
“Inception” is an extremely high-concept idea for a film that could have easily gone south, but, thanks for Nolan, it didn’t. Based on the concept of “dream stealers,” Leonardo DiCaprio plays one of these thieves, Dom, who somehow manages to burrow into a person’s subconscious and extract information via a shared dream world.

5. THE DARK KNIGHT RISES (2012)
The final chapter of “The Dark Knight Trilogy” opened to enormous fan anticipation and picks up the story eight years after the death of district attorney Harvey Dent with a guilty Bruce Wayne (Christian Bale) hanging up the Batman suit for good. But there’s a new evildoer terrorizing Gotham — Bane (Tom Hardy), a masked terrorist with bars in his mask covering his mouth, lures Bruce Wayne to dust off the Batman suit when he threatens Gotham with a nuclear bomb.

4. INSOMNIA (2002)
“Insomnia” is the great forgotten Christopher Nolan film. Starring Oscar winners Al Pacino, Robin Williams and Hillary Swank, “Insomnia” is a lean, mean police procedural, as good as any cop film from the early 2000s. It is the only film that Nolan directed in which he did not receive at least a co-writing credit — the sharply written script is credited to Hillary Seitz — which freed Nolan to direct the hell out of this Alaskan murder mystery.

3. MEMENTO (2001)
Although Nolan’s actual first movie was a small 1999 British film, “Following,” most people’s first awareness of the writer/director was this 2001 psychological thriller focusing on Leonard (Guy Pearce) who is on a quest to find the men who murdered his wife. But that search is complicated by the fact that he suffers from amnesia, so he can’t form new memories and has enormous difficulty piecing together memories from the time of her murder, relying on only photographs and tattoos to lead him back to the killers.

2. THE DARK KNIGHT (2008)
For Nolan, “The Dark Knight” marked an enormous artistic leap from his work on “Batman Begins.” No longer constrained by the necessary narrative demands of an “origin story” narrative, Nolan was free to explore the world of Batman antagonists and selected The Joker, famously casting Heath Ledger in the part.  Ledger described his Joker as a “psychopathic, mass-murdering schizophrenic clown with zero empathy,” and it is that approach that helped to deepen “The Dark Knight’s” and why it will remain near the top of the best superhero films of all time.

1. DUNKIRK (2017)
When it was first announced that Nolan’s latest film would be a historical World War II drama set during the battle of Dunkirk, many Nolan fans were likely questioning why the director would take on such a well-worn genre. His familiar fascination with time is back, as his story is told in three different arenas — the battle on land (which lasted a week), the sea (which took a day) and the air (just over one hour). Yet Nolan’s bold idea is to tell his tale as if all of the stories were happening at the same time.