Cinco Paul first had the idea for what would become the Apple TV+ series “Schmigadoon!” more than 25 years ago. But his busy schedule as a writer of several blockbuster animated movies – including the “Despicable Me” franchise – plus the general nature of the television landscape kept the musical project from becoming a reality.

The ambitious project, which debuted last summer, stars Cecily Strong and Keegan-Michael Key as, respectively, Melissa and Josh, a couple at a crossroads in their relationship who find themselves magically transported into a fantastical musical, not unlike something composer Richard Rodgers and lyricist and dramatist Oscar Hammerstein II might have cooked up in their heyday. Paul wrote the original songs for the show and was a Grammy Award nominee for his efforts.

“I sat down at the piano, played through all the scores of all these shows, just so I could get them in my bones,” Paul says of his approach to songwriting for the show. “And occasionally, you know, there are some very specific references. But I think some of the best songs in the show are the ones that you’re like, ‘I’m not sure what that’s referencing, but it feels right.’”

“I was like I’m seeing [Emma and Josh] fall in love. I was like, ‘Oh, no, is she too likable? Because Ariana just shines in the role,” Paul revals, adding that’s why the show made sure to include flashbacks to the halcyon days of Melissa and Josh’s relationship as a way to buttress their bond. “We really wanted to establish that this is a real couple that you should root for – they really do love and care about each other.”

“Schmigadoon!” hasn’t yet been renewed for a second season – but perhaps now that Strong’s commitments to “Saturday Night Live” are done for the summer, that could change in short order – but Paul says he always conceived of the show as having multiple seasons. “I would love to do a Season 2, he explains during the Gold Derby Meet the Experts: Showrunners panel. “I have lots of ideas for Season 2 that I think fans of the show would be very excited about. So we’ll see.”

All episodes of “Schmigadoon!” Season 1 are streaming on Apple TV+. 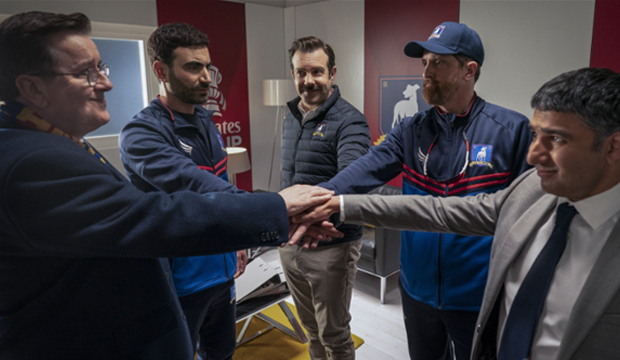