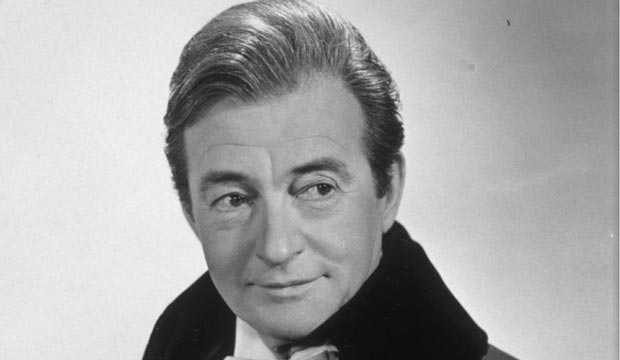 If you’re not a fan of classic cinema, you may not recognize his name. However, in addition to becoming a renowned Oscar-nominated character actor with one of the industry’s most distinctive voices, Claude Rains also taught the craft to some of cinema’s most legendary actors.

Born on November 10, 1899 in London, the future actor who would become known for his elegance and quiet authority had very humble beginnings. His father was a stage actor, and the family lived in poverty, with Rains being one of only three children out of twelve to not die from poverty-related issues. He had a heavy cockney accent and a stutter, and dropped out of school after second grade to earn money for the family. Growing up around the theater, he was soon performing in plays, starting at the age of ten. In 1913, he came to America to find work in the New York theaters, but went back to England to serve with the British regime during World War I. He rose to rank of captain during his service, and lost most of his vision in his right eye due to a gas attack.

Following the war, Herbert Beerbohm Tree, the founder of the Royal Academy of Dramatic Art, took Rains under his wing, supplying him with elocution lessons to help rid him of his strong accent and speech impediment. The result is one of the most recognizable and unique voices in cinema history, a blend of American and English, with a little cockney thrown in. Rains eventually became one of the best and most popular instructors at the Academy, with his students including such famed actors as John Gielgud, Laurence Olivier and Charles Laughton.

Rains came late to the world of cinema, appearing in only one (forgettable) silent film. His true movie debut was in the 1933 sci-fi horror classic “The Invisible Man,” his rich unmistakable voice soon making him a popular choice for cultured villains. As he was older when he came to the film world, and was a rather small man (only 5’6), Rains was not leading man material. However, he used this to his advantage, garnering a variety of roles in which he could make a huge impact by doing very little, eventually becoming one of the foremost character actors of his generation. He had strong supporting roles in a total of eight films which were nominated for Best Picture Oscars, two of which won and have gone on to become timeless classics: “Casablanca” (1942) and “Lawrence of Arabia” (1962). He himself was nominated four times for Best Supporting Actor, for “Mr. Smith Goes to Washington” (1939), “Casablanca,” “Mr. Skeffington” (1944) and “Notorious” (1946).

Rains was popular and well-respected among his peers, with four-time leading lady Bette Davis claiming he was her favorite co-star. He was the first actor to receive a million dollar salary, for the big budget “Caesar and Cleopatra” in 1945. Although that film did not do well, Rains continued to be a much sought-after actor. He found success in pretty much every entertainment medium, including several television roles, among which was his only singing and dancing role, in the popular “The Pied Piper of Hamelin” in 1957. That incredible voice was perfect for radio and for audio recordings, and he narrated Bible stories for children. And he continued theater work, appearing in nearly 20 Broadway roles, and received a Tony award for Lead Actor in 1951 for “Darkness at Noon.”

He married six times, with five of those marriages ending in divorce. This would seem to indicate bad behavior on his part; however, by all accounts, this seemed to be the result of bad decision-making on his part as opposed to bad behavior. His longest marriage, to Frances Propper, lasted 20 years and produced his daughter. They managed a farm together in Pennsylvania, which he enjoyed immensely.

Rains died of an abdominal hemorrhage on May 30, 1967. He left a legacy of characters who were not the leads much of the time, but were some of the most important supporting roles in all of cinema history. His voice, his quiet authority, his subtle elegance combined to make him one of the most unforgettable character actors of his time. Tour our photo gallery above ranking his 15 greatest film performances from worst to best.