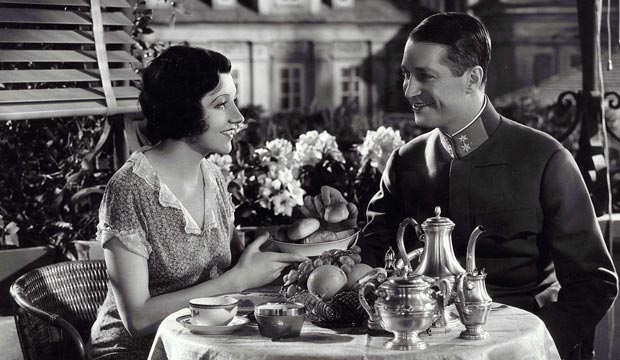 With her big eyes, apple-shaped face and heart-shaped mouth, Claudette Colbert was one of the most distinguished and distinctive actresses of Hollywood’s Golden Era. Her combination of European flair and down-to-earth naturalness, as well as natural beauty and stage-trained voice, contributed to her ability to portray a wide range of memorable characters.

Born in France on September 13, 1903, as Emilie Claudette Chauchoin, her family moved to the United States when she was three years old, taking a residence in a fifth-floor walk-up in Manhattan (Colbert later claimed years of climbing those stairs contributed to her famed legs). As a youth, she was interested in art and aspired to be a fashion designer. However, fate intervened and she was encouraged to try acting, making her Broadway debut in 1923 and taking the stage name “Claudette Colbert.”

Colbert enjoyed working on the stage; however, the Great Depression impacted ticket sales and theaters shut down. She decided to try her luck in Hollywood, but her first picture was a disaster. She was gradually cast in better films, and soon became known for her versatility, playing everything from young ingenues, to seductresses, to refined young women. In 1934, she had lead roles in three films that received Academy Award nominations for Best Picture: “Cleopatra,” “Imitation of Life” and “It Happened One Night,” which became the first film to win the big five on awards night: Picture, Director (Frank Capra), Actor (Clark Gable), Writing and Actress for Colbert. With these three enormous successes, she used her keen business sense to renegotiate her contract, eventually becoming one of the highest paid and most popular stars of the 1930s and 1940s and earning two more Academy Award nominations in 1936 (“Private Worlds”) and 1945 (“Since You Went Away”).

With her well-earned clout and reputation for professionalism on her sets, Colbert learned about lights and photography, often demanding her choice of cameramen. She was sensitive about a slight bump on the right side of her nose that was the result of a childhood accident, and preferred to be filmed and photographed on her left side. Once an entire set had to be rebuilt to accommodate her. However, her actions weren’t so much that of a diva, but rather a shrewd businesswoman who knew how to properly market herself. She once declared, “I know what’s best for me; after all, I have been in the Claudette Colbert business longer than anybody.”

The first choice to play Margo Channing in “All About Eve,” Colbert had to abandon the project due to a back injury from the set of “Three Came Home” (1950). She later said, “I just never had the luck to play bitches.” It was also during this period that she felt her time in the film industry was coming to a close, deciding to appear in some television programs as well as making a successful return to Broadway, earning a Tony nomination for “The Marriage Go Round” in 1959. Her last film for the big screen was the forgettable “Parrish” in 1961. She made a return to the small screen 26 years later, earning a Golden Globe win and a Primetime Emmy nomination for “The Two Mrs. Grenvilles” in 1987.

Colbert married twice. Although it lasted seven years, her first marriage was rather unconventional, as they never lived together and her domineering mother never cared for him. She married prominent UCLA Medical School professor Dr. Joel Pressman in 1935, and they remained married until his death in 1968.

Colbert managed her finances well, and maintained a nice lifestyle even after she left the film business, retaining her youthful looks and sense of style throughout her life. In her later years, she divided her time between an apartment in Manhattan and her home in Speightstown, Barbados. After sustaining a series of strokes, Colbert died at the age of 92 on July 30, 1996 at her home in Barbados. Her New York Times obituary summed her up best: “She could appear worldly yet down to earth, a quality that, combined with attention to camera angles, lighting and other technical details, helped her sustain a remarkably durable career encompassing more than 60 films and many stage appearances.”

Take a tour of our photo gallery above, which features the 15 greatest Colbert film performances, ranked from worst to best.

'Mare of Easttown': Finally an Emmy nomination for Evan Peters after all those 'AHS'…

Jordan Klepper ('Fingers the Pulse: Into the MAGA-Verse') on experiencing the Capitol insurrection…

Lily Rabe ('The Underground Railroad'): Ethel is a 'rubber band that's been stretched and is right at…

'The Alienist: Angel of Darkness' seeks out more Emmys for TNT after winning in 2018

Gabrielle Dennis ('A Black Lady Sketch Show'): 'I'm honored to be a future alumni of this show'…