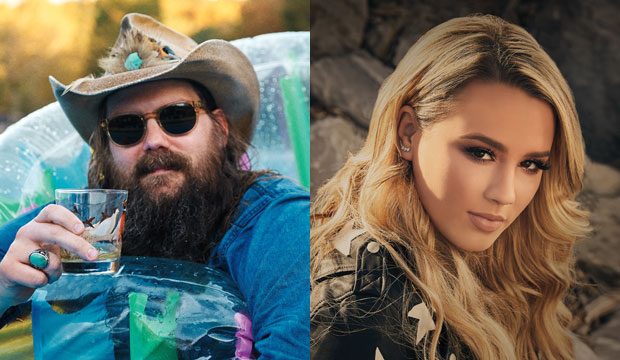 The 2021 CMA Awards are on November 10, honoring the best in country music. So as we anticipate one of the Nashville’s biggest nights, let’s analyze the album, single, song, and music video categories to see which country superstars might get a taste of CMA glory.

This award will likely go to Chris Stapleton’s “Starting Over.” He is a previous category winner, winning for both “Traveller” (2015) and “From A Room, Volume 1” (2017). “Starting Over” was also met with great reviews and notched two country hits, including the title track, which reached the top 30 on the Billboard Hot 100. Stapleton’s only competition here will be Morgan Wallen’s “Dangerous: The Double Album,” which could’ve won if it weren’t for the whole controversy surrounding Wallen. Even though Wallen got a nom, he missed a couple other key categories he was eligible in, while Stapleton got in everywhere he could have.

Besides that, Stapleton already beat Brothers Osborne‘s “Skeleton” at the ACMs, showing the popularity of “Starting Over” in the industry, and the other two albums here (“29” by Carly Pearce and “Heart” by Eric Church) haven’t had nearly as much prominence or success. Stapleton will likely continue his sweep into the Grammys, unless Kacey Musgraves‘s “Star-Crossed” (which wasn’t eligible for this year’s CMAs since the deadline was June 30) upsets.

This category typically goes to very big hits, so we might cross out Ashely McBryde’s “One Night Standards” (which was a country success, but not to the extent of the other four). Furthermore, ever since 2000, only three Single of the Year winners weren’t also nominated for Song of the Year: Johnny Cash’s “Hurt,” which wasn’t eligible since it was a cover, Lady Antebellum’s “I Run To You,” and Florida Georgia Line’s “Cruise.” That might rule out Chris Young and Kane Brown’s “Famous Friends” for the win as well. That leaves us with “The Good Ones” by Gabby Barrett, “Starting Over” by Stapleton, and “Hell of a View” by Church. I will play it safe and go with Barrett, since her song is the biggest hit nominated, and she’s now proven to voters that she won’t be a one-hit wonder after her smash last year, “I Hope.”

Contrary to the prior category, songs only nominated for Song of the Year do often win (Musgraves’s “Follow Your Arrow,” Miranda Lambert‘s “Over You,” Luke Combs‘s “Beautiful Crazy,” Lee Brice‘s “I Drive Your Truck”). This, on top of the fact that it’s the biggest hit nominated and by a previous category winner, will likely ensure an easy win for Combs’s “Forever After All.” Don’t underestimate Stapleton’s “Starting Over” though.

SEESo the CMA Awards decided to nominate Morgan Wallen after all

Musical Event of the Year

There’s no clear trend in this category. Sometimes they go for the biggest hit in the category (like Lil Nas X and Billy Ray Cyrus‘s “Old Town Road”), and sometimes they simply don’t (Glen Campbell and Willie Nelson‘s “Funny How Times Slip Away”). And while this winner rarely matched the same category at the ACMs, it did last year when both groups picked “I Hope You’re Happy Now” by Carly Pearce and Lee Brice, so that stat is likely irrelevant now. I’m going to go with “Famous Friends,” since it’s also nominated for Single of the Year and was a major commercial success, with a possible upset being “Drunk (And I Don’t Wanna Go Home)” by Miranda Lambert and Elle King. King’s previous country hit, “Different For Girls” with Dierks Bentley, won this category in 2016.

This category typically goes to videos with great cinematography and often memorable concepts or stories. So my bet here is Kelsea Ballerini and Kenny Chesney’s “Half of My Hometown.” Its story might be relevant to a lot of voters, who likely had to move away from their hometowns to work in the industry. Brothers Osborne’s “Younger Me” also has a strong premise, but it could rankle conservative voters (it’s about coming out of the closet, set in front of the Tennessee State Capitol Building). The other video here that stands out is Dierks Bentley’s “Gone,” which features Bentley in various TV and movie parodies as he nurses a heartbreak. That could win as well.