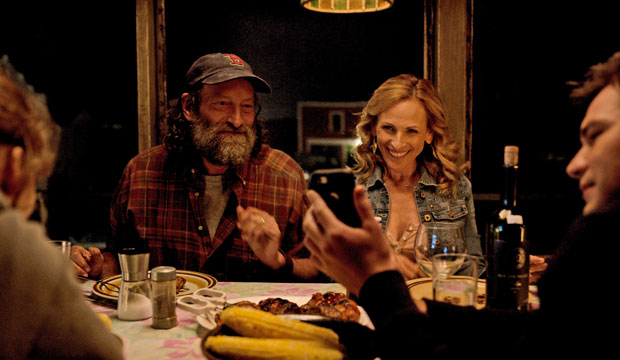 Though there have been deaf characters in movies for decades they were rarely played by hearing impaired actors. Hollywood was looking for big names for their movies and overlooked performers who were deaf. Case in point: Did you know that Loretta Young played deaf characters in both 1939’s “The Story of Alexander Graham Bell” and 1944’s “And Now Tomorrow”? And hearing actors Jane Wyman and Patty Duke won Oscars playing deaf characters. It wasn’t until 1986’s “Children of a Lesser God” that a deaf actress, Marlee Matlin, won an Oscar for playing a deaf character.

Change has been slow since then, but this past year has been encouraging. Paul Raci received an Oscar nomination this year as a Vietnam Vet who became hearing impaired in the conflict runs a shelter for recovering hearing impaired substance abuse addicts in “Sound of Metal.” Teenage deaf performer Millicent Simmonds returned this year as Emily Blunt and John Krasinski’s resilient hearing-impaired daughter in “A Quiet Place Part II.” She had previously received rave reviews in 2019’s “A Quiet Place” and Todd Haynes’ 2017 “Wonderstruck.” And young deaf actress Kaylee Hottle brought some humanity to this year’s special effects laden blockbuster “Godzilla vs. Kong” as a little girl who befriends Kong by communicating with him in sign language.

And then there’s the Sundance Film Festival’s mega hit “CODA,” which is currently in theaters and streaming on Apple TV +. The winner of four awards at Sundance, the lovely and often funny coming-of-age story revolves around a hearing teenage girl  (Emilia Jones), the child of deaf adults, who possesses an extraordinary singing voice. She works with her parents (Matlin and Troy Kotsur) and older deaf brother (Daniel Durant) on their fishing boat and is their conduit to the hearing world. But the high school senior is getting frustrated that her parents are so dependent on her.

Several films with deaf characters have won Oscars and Emmys, here’s a look at some of the best. Unless noted, the performers all are hearing actors.

“Mr. Holland’s Opus” (1995)
Richard Dreyfuss earned his second best actor Oscar nomination in this 1995 hit drama as a high school music teacher who is a frustrated composer. When he and his wife have a deaf son, Holland becomes depressed that he can’t share love of music with him and even fails to learn ASL. As the years go by, he bonds more with his students than with his son (deaf actor Anthony Natale as the adult Cole). All the actors who play deaf characters in the movie are deaf.

“Children of a Lesser God” (1986)
“CODA” star Matlin won her Oscar for her extraordinary film debut in the acclaimed adaptation of Mark Medoff’s Tony Award-winning drama about a former student (Matlin) at a New England school for the deaf now working there as a janitor and her relationship with a new speech teacher (William Hurt) at the facility. The film was nominated for five Oscars. Besides Matlin, who at 21 is still the youngest best actress winner, “God” was nominated for picture, actor, supporting actress for Piper Laurie and adapted screenplay. Though she was nominated by the Directors Guild of America, director Randa Haines was snubbed by the Academy Awards.

“Love is Never Silent” (1985)
This 1985  “Hallmark Hall of Fame” drama revolves around a CODA, a young woman (Mare Winningham) who has to her assist her deaf parents (deaf actors Phyllis Frelich and Ed Waterstreet) with any contact with the hearing world. After she falls in love and gets married, her mother sees her actions as a betrayal.  The film earned five Emmy nominations, winning for best telefilm and the helming of Joseph Sargent.  Frelich, who was nominated for an Emmy, won the Tony for the 1980 Broadway production of “Children of a Lesser God” and Waterstreet is the founder of Deaf West Theater; he is married to deaf actress Linda Bove who played Linda from 1971-2002 on “Sesame Street.”

“Dummy” (1979)
Peabody Award-winning drama based on a 1965 legal case of a deaf African-American man (LeVar Burton) who is accused of murdering a prostitute who is defended by a hear-impaired attorney (Paul Sorvino). Frank Perry (“David & Lisa,” “Last Summer”) directed.

“Nashville” (1975)
Robert Altman’s sprawling classic set in the country western music capital features a wife and mother (Lily Tomlin) who sings gospel and has two deaf children. There’s an extraordinary scene that illustrates how people view the deaf-especially deaf children. Obnoxious BBC reporter Opal (Geraldine Chaplin) asks Tomlin’s Linnea if her two children want to become singers. And Linnea tells her they are both deaf.  Opal says: “Oh my god, how awful. It’s so depressing.”  “Now, just a minute,” replies Linnea. “That’s not so. I wish you could see my boy…He has the most incredible personality.”  “I couldn’t,” says Opal. Tomlin earned an Oscar nomination for supporting actress for her film debut.

“The Heart is a Lonely Hunter” (1968)
Alan Arkin is heartbreaking in this adaptation of Carson McCullers’ first novel which was published in 1940 when she was 23. Arkin, who was nominated for an Oscar, a Golden Globe and won the New York Film Critics Circle Award, as John Singer, a deaf man who has moved to the small town near the mental institution which houses his only friend (Chuck McCann). He ends up befriending numerous troubled people including the teenage daughter (Sondra Locke in her Oscar-nominated film debut) of the family from whom he is renting a room; an alcoholic drifter (Stacy Keach); and a doctor (Percy Rodriguez) dying from lung cancer who is feuding with his married daughter (Cicely Tyson).

“The Miracle Worker” (1962)
Anne Bancroft and Patty Duke both won Oscars for their indelible performances as Annie Sullivan and Helen Keller in this lauded adaptation by William Gibson of his play about how Sullivan taught the deaf blind Keller to communicate. The film was also nominated for direction for Arthur Penn, adapted screenplay and costume design. Penn and Gibson first collaborated on “The Miracle Worker” as a live “Playhouse 90” drama in 1957 with Theresa Wright and Patty McCormack. Two years later, they took it to Broadway where it won Tonys for best play, direction, and actress for Bancroft. Duke would go on to play Annie Sullivan in a 1979 TV movie version starring Melissa Gilbert as Helen Keller. That production won Emmys for outstanding drama or comedy special, and Duke won lead actress in a limited series or special.

“Johnny Belinda” (1948)
Jane Wyman earned a best actress Oscar for her poignant performance in this drama based on Elmer Blaney Harris’ 1940 Broadway play which was inspired by an incident that happened near Harris’ summer home on Prince Edward Island; the lead character of Belinda is based on the life of Lydia Dingwell. Wyman plays a young deaf woman living on a farm on Cape Breton Island with her father (Charles Bickford) and aunt (Agnes Moorehead). The two are bitter that Belinda’s mother died giving birth to her and refer to her as “dummy.” Her life begins to change when the town’s new doctor (Lew Ayres) teaches her sign language. She even goes to a village dance where she is raped by a drunken brute (Stephen McNally). Belinda gives birth to a son and the doctor is believed to be the father. Rape was a subject that was rarely talked about on screen in 1948. But the hot-button topic didn’t scare away audiences; the film was a huge hit and was nominated for a total of 12 Oscars. Wyman was the only winner. Accepting her Oscar, she simply said: “I accept this very gratefully for keeping my mouth shut for once.”