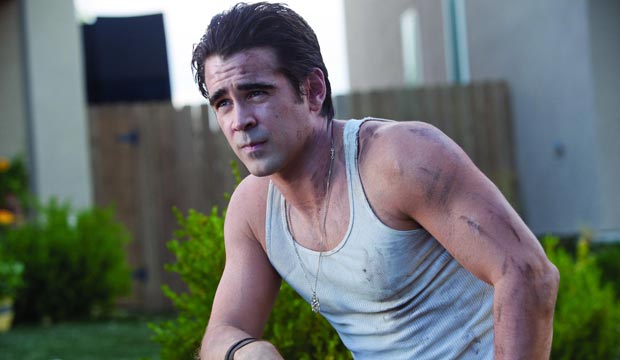 Happy 43rd birthday to the great Colin Farrell on May 31, 2019! This versatile Irish actor has excelled in a variety of genres, from action films (“Tigerland,” “Minority Report”) to dramas (“The New World,” “Saving Mr. Banks”) and from wild comedies (“Horrible Bosses,” “Seven Psychopaths”) to very very dark comedies (“The Lobster,” “In Bruges”).

Farrell will next be seen on the big screen in the action thriller “Eve,” directed by Tate Taylor and co-starring Jessica Chastain. Until then, let’s raise a pint of Guinness for a toast and celebrate by counting down the 15 best screen performances of Farrell. Tour our photo gallery above ranking his greatest movies from worst to best.