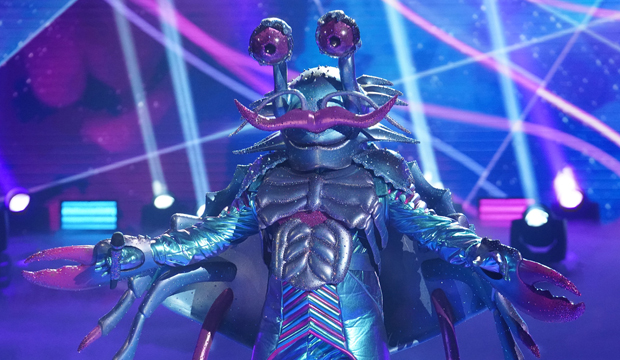 It wouldn’t be the “game-changing” Season 5 of “The Masked Singer” without wild cards, and the Crab was the first such character to swim into Group B. The celebrity behind the mask has had a difficult life filled with lots of “twists, turns and traumas,” but none of that showed in his performance. Panelist Nicole Scherzinger threw all kinds of praise at the blue-steel crustacean after his Wednesday, March 31 debut. “I don’t know who you are,” she began, “but I just felt like I knew you from you just singing your heart out in that song. I really felt like you meant every word and I really thank you for your honesty and your sincerity in your performance.”

Below, see all of Crab’s “The Masked Singer” performances ranked worst to best. Bookmark this page as we’ll be updating it throughout the season.

Here is how Crab describes himself in his own words: “All my life I dreamed of being a star. And I was blessed that my dream came true in a flash. Everyone around the globe wanted to be like me. I felt like a king crab. But with every blessing, tragedy seems to follow. It’s been a struggle dealing with the darkness that has followed me and my family. We’ve endured so many twists, turns and traumas. But through the pain, it’s the love of my family that gives me the strength to stand back up and be a star again. My song tonight is a tribute to that love and the family members that have gone before me. Because after all the darkness, it’s time to finally let the light back in.”

Nicole’s co-judges were also in love with Crab’s soulful performance in his first episode. “This is the wild card we needed,” proclaimed Jenny McCarthy. “We needed you in this competition. We needed someone to pull our heartstrings. We are blessed to have you here on Season 5. You deserve it.” Crab revealed his childhood crush was Janet Jackson, someone he “grew up” watching on “Good Times,” suggesting he may be a bit older than his fellow contestants. Ken Jeong later called Crab’s performance the “rawest” he’d ever seen on the “Masked Singer” stage.