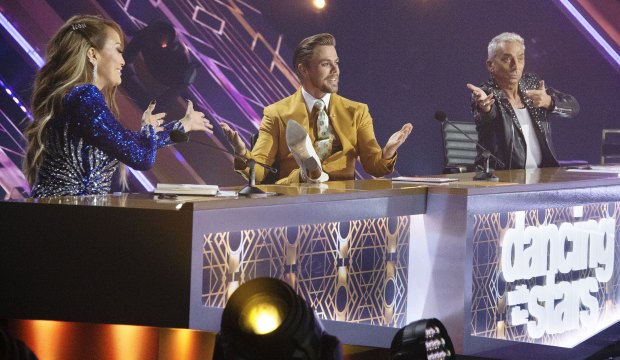 Season 29 of “Dancing with the Stars” cast a whopping 15 celebrities to their lineup. But who among them will win? We opened our predictions the day the cast was announced, with our odds updating throughout the season as the competition progresses. So who’s ahead? Who’s an underdog? Scroll down for our latest forecasts.

Football players have frequently excelled on “DWTS,” with Mirror Ball Trophies going to NFL alums Emmitt Smith, Hines Ward, Donald Driver and Rashad Jennings. Three figure skaters have won too: Kristi Yamaguchi, Meryl Davis and Adam Rippon. Athletes in general tend to do well on the show given the intense physical demands of learning new dance routines each and every week. But singers have also flourished with their strong sense of musicality: just look at champions Drew Lachey, Nicole Scherziner, Kellie Pickler and Amber Riley.

Of course, the show would be boring if it were always that predictable. Who would’ve thought based on their resumes that teenage animal expert Bindi Irwin and radio host Bobby Bones would rule their respective seasons? Never count anyone out completely on “DWTS.” See who our users are betting on below, listed in order of their latest racetrack odds.

SEE‘Dancing with the Stars’: Top 15 BEST Pro Dancers Ever

DON’T COUNT THEM OUT:

PREDICT‘Dancing with the Stars’ now; change them until Monday night’s shows