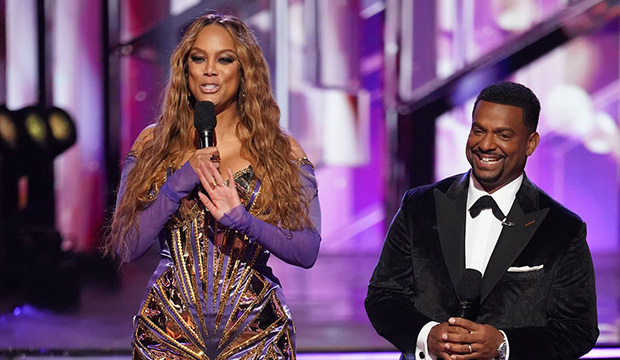 “Dancing with the Stars” wrapped up Season 31 in November, but it’s never too early to start thinking about Season 32, especially now that we’re in 2023. Here’s everything we know so far about the new installment.

Is “Dancing with the Stars” returning for Season 32?
Yes, don’t worry. The show was renewed for Seasons 31 and 32 on April 8 as part of the move from ABC to Disney+.

When will “Dancing with the Stars” Season 32 premiere?
Unknown at the moment, but sometime in 2023. During the sign-off on the Season 31 finale, Alfonso Ribeiro did not indicate when exactly the show will be back in 2023. Since it’s now on Disney+ and no longer beholden to time slots, “Dancing” could resume its spring seasons, which last occurred in 2018 with the truncated “Athletes” outing. It’s been airing once a calendar year in the fall since Season 27 in 2018 and it’s safe to assume that will still be the case, especially with a “Dancing” baby boom going on at the moment (see below). So expect a premiere in mid-September on a Monday as usual with the season concluding right before Thanksgiving.

Where is “Dancing with the Stars” Season 32 airing?
Disney+. It moved to the streaming service with Season 31 after 16 years on ABC, becoming Disney+’s first live series. Because of that, “Dancing” also aired live across the country for the first time.

Will there be ads during “Dancing with the Stars” Season 32?
Possibly. Season 31 aired commercial-free and concluded before Disney+ launched its ad-supported tier, so it’s possible that Season 32 will feature ads, just like the old days on ABC.

Who is in the “Dancing with the Stars” Season 32 cast?
TBA. For a fall season, the celebrity cast is typically announced in late August/early September on “Good Morning America.”

Which pros are returning for “Dancing with the Stars” Season 32?
See above. The pro cast is announced around the same time as the celebrity cast. The pairings are usually unveiled then too, but in recent seasons, the show has kept the partnerships under wraps until the premiere. One pro who is definitely not returning is Cheryl Burke, who retired after Season 31. There’s also a baby boom happening in the cast. Sharna Burgess, who gave birth in June, sat out Season 31, as did Jenna Johnson Chmerkovskiy, who welcomed her first child with Val Chmerkovskiy in January, and Lindsay Arnold, who announced in October she’s pregnant with her second child. Witney Carson revealed during the Season 31 semifinal that she is expecting her second child, while Daniella Karagach and Pasha Pashkov announced two days after the Season 31 finale that they are going to be first-time parents. In January, Peta Murgatroyd revealed that she and former pro Maksim Chmerkovskiy were expecting their second child.

Is Tyra Banks hosting “Dancing with the Stars” Season 32?
At this point, there’s no reason to suspect otherwise. Banks, who took over after Tom Bergeron and Erin Andrews were fired in July 2020, has been divisive, but she’s also an executive producer on the show.

Is Alfonso Ribeiro hosting “Dancing with the Stars” Season 32?
Like with Banks, there’s no reason yet to think he won’t be back. The “Fresh Prince of Bel-Air” star joined as co-host in Season 31 and has been a fan favorite since he competed on — and won — Season 19.

Which judges are returning for “Dancing with the Stars” Season 32?
Len Goodman retired after Season 31 (with an honorary Mirrorball trophy to boot), so we’ve seen the last of the OG head judge at the table. Though unconfirmed, Derek Hough, Carrie Ann Inaba and Bruno Tonioli are all safe bets to return, and the only question is if TPTB will replace Goodman. Burke has made no secret of her desire to be a judge, but a source told “Entertainment Tonight” that “Dancing” will “likely” return to a three-person panel for Season 32.