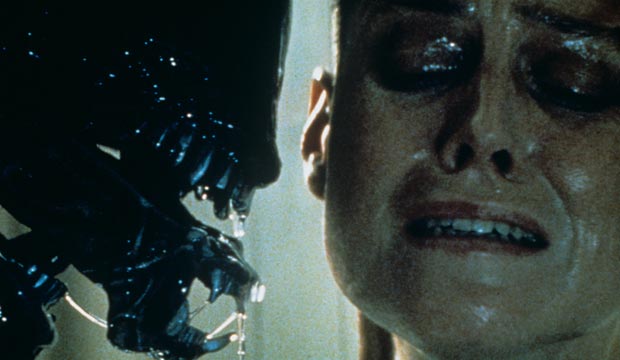 David Fincher celebrates his 57th birthday on August 28, 2019. With two Oscar nominations under his belt and a series of box office hits, the director has firmly established himself as a master of blending art and commerce. It’s especially impressive considering his output has been uniformly dark, moody and disturbing, with flashes of wit and satire thrown in. In honor of his birthday, let’s take a look back at all 10 of his films, ranked worst to best.

His next film, the Facebook docudrama “The Social Network,” brought Fincher a second Best Director nomination at the Oscars and DGA, plus victories at the Golden Globes, BAFTA and Critics Choice. He earned a DGA bid for “The Girl with the Dragon Tattoo” (2011), followed by Golden Globe and Critics Choice noms for “Gone Girl” (2014).

Fincher has enjoyed success on the small screen as well, winning an Emmy for directing the pilot of “House of Cards” and returning to Netflix with the serial killer procedural “Manhunter.” He’s continued to direct commercials and music videos, winning a DGA prize for a series of TV spots in 2004 plus Grammys for “The Rolling Stones: Love is Strong” in 1995 and “Justin Timberlake and Jay-Z: Suit & Tie” in 2014.