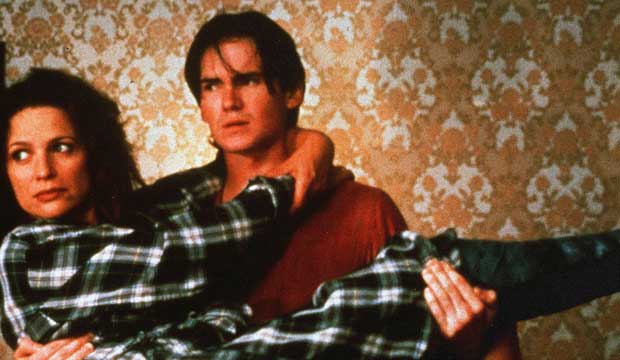 David O. Russell celebrates his 61st birthday on August 20, 2019. Throughout his many career ups-and-downs, the five-time Oscar-nominated director has carved out a place for himself with a series of singularly eccentric, screwy films. In honor of his birthday, let’s take a look back at all eight of his films, ranked worst to best.

Born in 1958, Russell made his filmmaking debut with the incest comedy “Spanking the Monkey” (1994), which won the Audience Award at the Sundance Film Festival and brought his Best First Feature and Best First Screenplay victories at the Independent Spirit Awards. The screwball farce “Flirting with Disaster” (1996) quickly followed, which earned him additional writing and directing bids at the Indie Spirits. He achieved a huge critical and commercial success with the Gulf War satire “Three Kings” (1999), for which he competed at the Writers Guild of America in Best Original Screenplay.

He received a more muted response with “I Heart Huckabees” (2004), an existential ensemble comedy that became infamous for leaked tapes of him arguing with star Lily Tomlin. His reputation for being difficult was furthered with the collapse of his political satire “Nailed,” which he abandoned in 2010 after production was shut down four times. (The film was later retitled “Accidental Love” and released in 2015 under the pseudonym Stephen Greene; for the purposes of this list, it has been left off.)

Russell bounced back in a big way with the boxing drama “The Fighter” (2010), a mainstream hit that won supporting acting Oscars for Christian Bale and Melissa Leo and earned him his first Oscar nomination in Best Director. He hit the jackpot again with “Silver Linings Playbook” (2012), a romantic comedy which brought him writing and directing bids and won Jennifer Lawrence a Best Actress prize. The very next year, “American Hustle” (2013) became his third straight film in a row to compete in Best Picture, bringing him two more noms in writing and directing and reaping acting citations for Bale, Lawrence, Amy Adams and Bradley Cooper. Next came the biographical fairy tale “Joy” (2015), which returned Lawrence to the Best Actress race.

Tour our photo gallery above of Russell’s eight films, and see if your favorite topped the list.