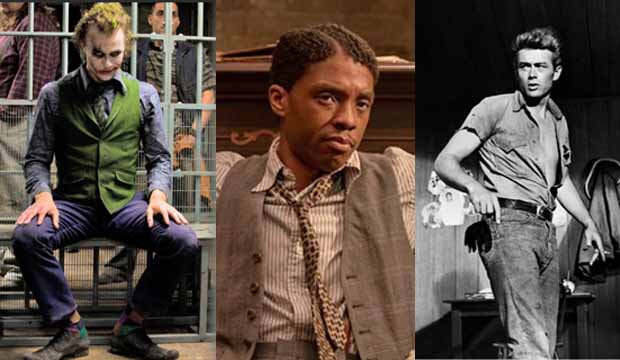 Even though I’ve been a professional awards journalist for more than 30 years, I often keep falling for an old, sentimental assumption. When scanning a list of nominees to make predictions and a dead body suddenly pops up – especially the ghost of someone who was beloved and respected across Hollywood – I’m tempted to pick that contender, thinking: Oh,  come on! How can voters fail to give their old pal one last hug?

But beware: that kind of thinking often comes back to haunt you later. At recent Emmys, you would’ve lost your shekels if you’d bet them on two tempting posthumous nominees: Fred Willard (Best Comedy Guest Actor, “Modern Family,” 2020) or Carrie Fisher (Best Comedy Guest Actress, “Catastrophe,” 2017). The Emmy is an industry peer-group award just like the Oscar and so it sometimes holds a lesson for film-award fans.

Now we Oscar pundits must brutally ask ourselves a tough question: Is Chadwick Boseman (“Ma Rainey’s Black Bottom”) really a shoo-in to win Best Actor, as our Expects, Editors and Users overwhelmingly predict? Sure, he could very well be this year’s Heath Ledger, who kept rising from the dead award show after award show until his Oscar resurrection was obviously inevitable. But there have been quite a few dead acting contenders who didn’t get their big Lazarus scene.

To compile a thorough tally of them all, I created a thread in our forums and invited all Derbyites to pipe in. Check it out! Thanks to everyone who responded with lots of spooky old award races to dig up now.

There have been seven posthumous nominees in the acting categories in Oscar history. Two won. Other than Ledger, the other champ was Peter Finch (“Network”), who dropped dead of a heart attack while he was Oscar and Golden Globe campaigning vigorously in the lobby of the Beverly Hills Hotel.

Of the 5 dead losers, one was clobbered TWICE after dying: James Dean. His defeats: 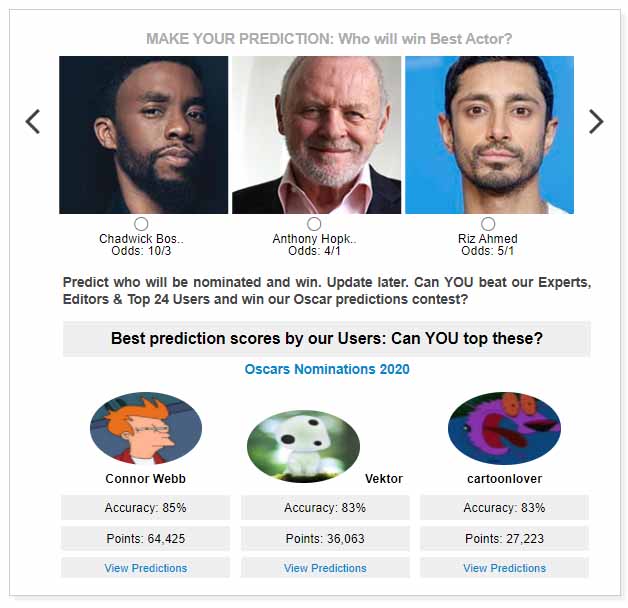