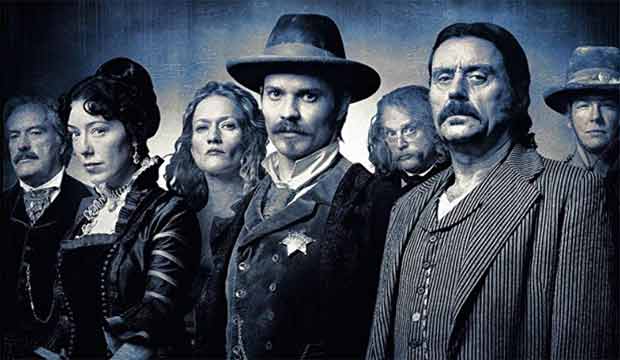 Saddle up, cowpoke, because the sun is set to rise once more on the town of “Deadwood.” The long-awaited TV movie, which picks up 10 years after the series ended, is finally headed to HBO on Friday, May 31. But before you unload your six-shooter and have a shot of whiskey at the Gem Saloon, take a look back at all 36 episodes from the show’s original three season run, ranked worst to best.

Created by David Milch, “Deadwood” centers on a mining town in South Dakota during the 1800’s that overrun with crime and corruption. The large ensemble cast was headlined by Timothy Olyphant as Seth Bullock, a hardware store owner and U.S. Marshal, and Ian McShane as Al Swearengen, a sadistically violent pimp and saloon owner. McShane and Olyphant are both returning for the film, as are Molly Parker, Paula Malcomson, John Hawkes, Anna Gunn, Dayton Callie, Brad Dourif, Robin Weigert, William Sanderson, Kim Dickens and Gerald McRaney. Sadly, Powers Boothe died before filming commenced, so you won’t be seeing Cy Tolliver in this wrap-up.

During its original three season run, the show earned 28 Emmy nominations, including Best Drama Series in 2005, and eight wins. McShane won the Golden Globe for Best TV Drama Actor in 2005, contending for the Emmy that same year (plus a SAG prize in 2006). Dourif and Weigert earned supporting acting bids in 2004, while Milch competed for writing the pilot (which brought Walter Hill a victory in directing).

Tour our photo gallery above of “Deadwood’s” 36 episodes, and see if your favorite topped the list. Full disclosure: this was a difficult ranking to do, since there is no “worst” episode, and each installment works to tell a larger, more complex story. So keep your profanity to yourselves while clicking through to the end.