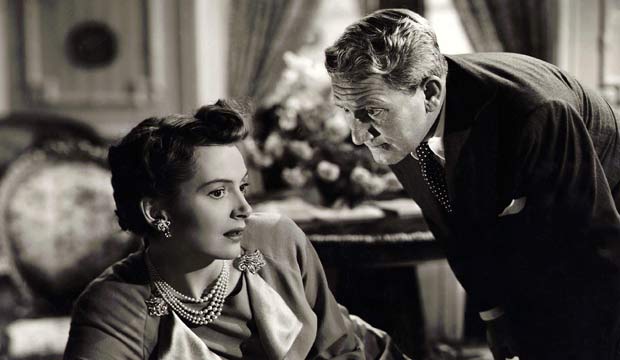 Deborah Kerr would’ve celebrated her 97th birthday on September 30, 2018. With six Oscar bids to her name, the Scottish-born thespian is one of the most celebrated performers of all time. However, she never actually won one of those little gold statuettes, giving her the dubious distinction of tying Thelma Ritter and Glenn Close as the most nominated actress without a victory. Still, she must’ve done something right to rack up all that Academy recognition. In honor of her birthday, let’s take a look back at 15 of her greatest films, ranked worst to best.

Born in 1921, Kerr got her start on the London stage before appearing in her first film when she was just 20-years-old: “Major Barbara” (1941). She had her big break two years later in Michael Powell and Emeric Pressburger‘s epic “The Life and Death of Colonel Blimp” (1943). Kerr reunited with the filmmaking duo for “Black Narcissus” (1946), which brought her the first of three Best Actress victories at the New York Film Critics Circle (she later won for “Heaven Knows, Mr. Allison” in 1956 and “The Sundowners” in 1960).

Unfortunately, the Academy didn’t like Kerr as much as the New York critics. She contended six times in Best Actress to little avail: “Edward, My Son” (1949), “From Here to Eternity” (1953), “The King and I” (1956), “Heaven Knows, Mr. Allison,” “Separate Tables” (1958), and “The Sundowners.” Kerr received an honorary statuette for her career in 1994, making up for those multiple losses (and appropriately presented to her by Close). She also took home the Golden Globe as Best Comedy/Musical Actress for “The King and I,” she at least she got some hardware for her shelf.

Tour through our photo gallery of Kerr’s 15 best films, including a few stellar performances that should’ve brought her not just Oscar nominations, but wins.

15. EDWARD, MY SON (1949)
Kerr received her first Oscar bid for this drama about a father (Spencer Tracy) reflecting on the mistakes he made pampering his dead son, Edward. She stars as his long-suffering wife, who grows to resent the way he spoiled their child. Though well-acted, the film has a hard time shedding its theater roots, particularly with several stylistic decisions — such as Tracy directly addressing the audience and Edward never being seen — that feel contrived onscreen

14. THE PRISONER OF ZENDA (1952)
Kerr reunited with her “King Solomon’s Mines” costar Stewart Granger for another splashy entertainment. A virtual scene-for-scene remake of the 1937 Ronald Coleman original, “The Prisoner of Zenda” centers on a vacationing Englishman (Granger) forced to impersonate his cousin, the soon-to-be-crowned king of a small Ruritarian country. Kerr plays Princess Flavia, the beautiful noblewoman who steals his heart.

13. QUO VADIS (1952)
This sword-and-sandals epic centers on a Roman military commander (Robert Taylor) who falls in love with a beautiful Christian (Kerr), much to their peril. A massive adaptation of Henryk Sienkiewicz’s historical novel, the film is a marvel to look at thanks to lavish art direction and costumes. Peter Ustinov is a hoot as the crazed Emperor Nero, who just might feed these lovebirds to the lions. “Quo Vadis” reaped 8 Oscar nominations (including Best Picture and supporting bids for Ustinov and Leo Genn as Nero’s counsel, Petronius), but went home empty-handed.

12. THE NIGHT OF IGUANA (1964)
Kerr is one of three women pining over Richard Burton in this sultry adaptation of Tennessee Williams’ play. Directed by John Huston, “The Night of the Iguana” centers on a fallen Episcopalian priest (Burton) hiding out in a remote Mexican coastal town. Throughout the course of one night, he’s beguiled by a ribald hotel owner (Ava Gardner), an elegant artist (Kerr), and a sexy teenager (Sue Lyon), who’s guarded by her suspecting aunt (Supporting Actress nominee Grayson Hall).

10. KING SOLOMON’S MINES (1950)
H. Rider Haggard’s novel “King Solomon’s Mines” has been adapted for the screen at least six times, none better than this 1950 Technicolor version. Stewart Granger stars as an adventurer guiding a young woman (Kerr) and her brother (Richard Carlson) through the jungles of Africa in an attempt to find her husband, who went missing searching for diamonds in the fabled mines.

9. HEAVEN KNOWS, MR. ALLISON (1957)
Kerr and Robert Mitchum are the whole show in this two-hander from John Huston. They play a devout nun and a coarse marine (guess which one is which) stranded on an island in the South Pacific inhabited by enemy Japanese during WWII. Their oddball friendship develops naturally thanks to a smart script by Huston and John Lee Mahin, not to mention naturalistic performances by the two leads.

8. THE SUNDOWNERS (1960)
Following the success of “Heaven Knows, Mr. Allison,” Kerr reunited with Robert Mitchum for Fred Zinnemann’s drama about a family of sheepherders in Australia’s Outback. While the father (Mitchum) wants to continue living nomadically out of a wagon, the mother (Kerr) and her son (Michael Anderson, Jr.) hope to settle down somewhere. Beautifully shot on location, “The Sundowners” is a touching, intimate epic.

7. SEPARATE TABLES (1958)
“Separate Tables” is like “Grand Hotel” for Brits, an ensemble drama about an eclectic group of vacationeers at a seaside resort. David Niven won Best Actor (with a whopping 24 minutes of screen time) for playing an alleged war hero who strikes up a relationship with a timid spinster (Best Actress-nominee Kerr). Also present are a long-married couple (Burt Lancaster and Rita Hayworth) trying to reignite their romance despite the presence of his mistress (Supporting Actress-victor Wendy Hiller).

6. THE INNOCENTS (1961)
Kerr stars in this atmospheric adaptation of Henry James’ “The Turn of the Screw” as a young governess at a gothic mansion who soon begins to suspect there might be something wrong with the children in her charge. Director Jack Clayton creates suspense the old-fashioned way, aided by Freddie Francis’ moody cinematography, Georges Auric’s eerie score, and Wilfred Shingleton’s superb art direction. But what makes “The Innocents” really worth watching is Kerr’s performance as a woman who becomes increasingly horrified by the apparent possession of the house and kids.

5. THE LIFE AND DEATH OF COLONEL BLIMP (1943)
“The Life and Death of Colonel Blimp,” from the filmmaking duo of Michael Powell and Emeric Pressburger, is the damnest movie: a British period epic that both glorifies and satirizes the genre. Roger Livesey plays officer Clive Candy through 40 years of history, from the Boer War through WWII. Kerr takes on triple-duty as three different women — a governess, a nurse, and an army driver — who bewitch him throughout the decades.

4. THE KING AND I (1956)
Kerr earned another Oscar bid for this rousing adaptation of Rogers and Hammerstein’s Broadway hit, based on the semi-biographical book “Anna and the King of Siam.” She plays Anna Leonowens, an English widow who becomes a live-in governess to the many wives and children of King Mongkut (Best Actor-winner Yul Brynner). A sweet-natured romance combined with several showstoppers — including “Shall We Dance,” “Getting to Know You,” and “Young Lovers” — make for a must-see for musical fans.

3. AN AFFAIR TO REMEMBER (1957)
Leo McCarey remade his own 1939 Best Picture-nominee “Love Affair” into an even-more beloved classic. Kerr and Cary Grant play socialites engaged to other people who become infatuated with each other while aboard a cruise ship. They agree that if they’re both still mad about each other they’ll meet atop the Empire State Building in six month, but unforeseen forces threaten to keep them apart.

2. FROM HERE TO ETERNITY (1953)
James Jones’ epic novel translates beautifully to the big screen, albeit with a few alterations for length and content. Directed by Fred Zinnemann, the film centers on the lives of three U.S. Army soldiers (Burt Lancaster, Montgomery Clift, and Frank Sinatra) stationed in Hawaii in the months leading up to the attacks on Pearl Harbor. Kerr plays Karen Holmes, wife to the army base’s captain (Philip Ober) who begins an affair with his second-in-command (Lancaster). Their kiss on the beach — the waves crashing against them as they lay in the sand — remains iconic. “From Here to Eternity” swept the Oscars, winning 8 trophies including Best Picture, Best Director, Best Supporting Actor (Sinatra), Best Supporting Actress (Donna Reed), and Best Screenplay (Daniel Taradash). Sadly, Kerr wasn’t carried along: she lost Best Actress to Audrey Hepburn (“Roman Holiday”).

1. BLACK NARCISSUS (1947)
The filmmaking team of Powell and Pressburger handed Kerr the role of a lifetime in this sumptuous adaptation of Rumer Godden’s novel. She plays Sister Clodagh, one of five nuns establishing a convent in the Himalayas. As Clodagh tries to forget a failed romance in Ireland, she finds herself increasingly attracted to the dashing Mr. Dean (David Farrar), threatening her spiritual commitment. Meanwhile, extreme climate and cultural clashes with the natives endanger the mission. Jack Clayton’s striking color cinematography rightfully won an Oscar, as did the film’s art direction. Surprisingly, Kerr was not nominated for Best Actress, despite winning the New York Film Critics Circle prize.