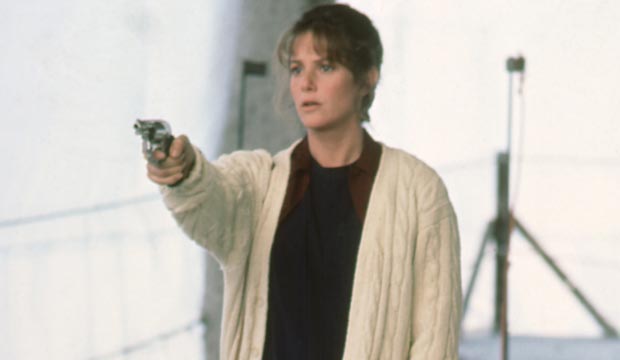 Happy birthday to the great Oscar-nominated Debra Winger who turns 64 on May 16, 2019. One of the most enigmatic actresses of her generation, Winger burst onto the film scene in 1980 with “Urban Cowboy” and in the course of the next three years, she was nominated for four Golden Globe Awards (for “Urban Cowboy” twice, “An Officer and a Gentleman” and “Terms of Endearment”) as well as two Oscar nominations (for “Officer” and “Terms”). To many female moviegoers in particular, Winger embodied the kind of tough, self-sufficient woman that they aspired to become, yet there was always room within Winger’s characters for love with the right person.

So let’s raise a glass to an actress who has been determined to do things her own way and has had enormous success doing it.  Tour our photo gallery above featuring her 10 greatest screen performances, ranked worst to best.