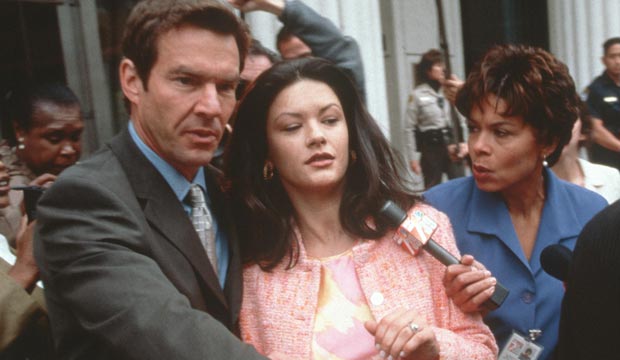 It is hard to believe that the forever youthful Dennis Quaid turns 65 on April 9, 2019. His successful film career that started close to 40 years ago was perhaps spurred by the success of his older brother Randy Quaid, who had left their Texas home and became an Oscar-nominated actor (he received a Supporting Actor nomination in 1973 for “The Last Detail”).

He dropped out of the University of Houston and moved to Los Angeles to also pursue a professional acting career. After a brief period of struggle, he started gaining small roles in films like “I Never Promised You a Rose Garden” about a young girl’s battle with mental illness and “September 30, 1955” about the effects on a small-town boy when he finds out about the death of James Dean.

SEE over dozens of interviews with 2019 Emmy Awards contenders

Quaid also found work in a number of television movies and then gained huge attention as one of the four leads of the film “Breaking Away,” which would become a sleeper hit and surprise heavy contender at that year’s Oscars. He has worked steadily ever since including appearances with his brother in the film “The Long Riders” and onstage off-Broadway in the play “True West.” Quaid’s first marriage was to one of his “Breaking Away” co-stars P.J. Soles (probably based known to film fans as the girl in Brian De Palma’s “Carrie” who always wears the baseball hat.) His second marriage was to Meg Ryan, with whom he would star in the films “Innerspace,” “D.O.A.” and “Flesh and Bone.”

Despite his steady film work Quaid has only had limited success on the awards front. He seemed destined for an Oscar nomination for 2002’s “Far from Heaven” opposite nominee Julianne Moore but that didn’t materialize. He did earn a Golden Globe nom for the film and also earned Emmy and Golden Globe nominations for the TV movie “That Special Relationship” in which he played Bill Clinton.

Take a photo gallery tour above of his 15 greatest film performances, ranked from worst to best. In addition to the movies mentioned above, we also include “The Big Easy,” “Great Balls of Fire,” “The Right Stuff,” “Enemy Mine” and more.