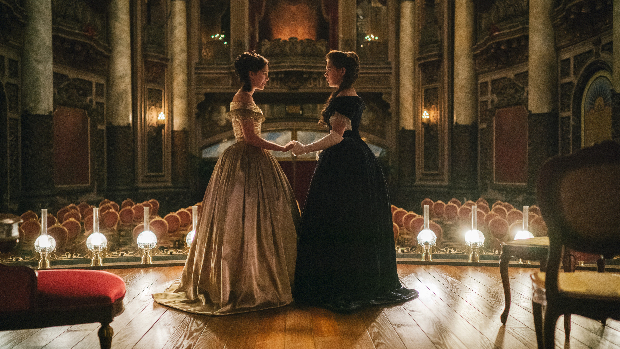 For the first season of the Apple TV+ series “Dickinson,” creator Alena Smith and her team were given a Peabody Award in part for the delightful way the comedy uses the life of Emily Dickinson (played by Hailee Steinfeld) to discuss modern issues like identity and equality. But despite the successful debut, Smith and the “Dickinson” team did not rest on their laurels.

“Season 2 was so absolutely different tonally and each character grew quite a bit from Season 1,” star Jane Krakowski, who plays Mrs. Dickinson on the show, told Gold Derby in an interview this year. “Initially, that was a bit like, ‘Can you explain why they made these changes?’ [Alena] had answers for every bit of it and guided our characters where they were going to start Season 2. I think Season 2 is better than Season 1 because of it.”

Set in the months before the Civil War, “Dickinson” Season 2 tracks Emily’s continued maturation as an artist and thinker, and forces her to question what it is she really wants out of her writing career. In addition to providing the lighthearted anachronisms that fans of the show came to love in Season 1, the second season also further deepens Emily’s relationship with Sue (Ella Hunt) and leaves the will-they-won’t-they couple in a place of no return as the credits roll on the finale.

“This is a queer relationship and these two young women are in love and it’s great that this representation is happening,” Smith told Gold Derby. But beyond the romance, the coupling is also about “the relationship between a writer and her reader.”

“I believe Emily Dickinson came to the conclusion — in poems like ‘The Soul selects her own Society’ or ‘If I can stop one heart from breaking I shall not live in vain’ — that other writers have come to as well: Which is, I can’t think about the whole world when I write, I have to think about one person who needs to know what I’m saying and one person who will understand what I’m saying,” Smith said of the evolution and realization. “This idealized love affair that can occur between a writer and a reader. So I think that last scene is both the consummation of these two girlfriends but it’s also that more literary consummation of what every poet hopes for which is being understood.”

Despite the critical acclaim, Season 1 of “Dickinson” failed to find favor with the Television Academy. But as Apple TV+ has grown in profile, the show is a contender across the board for Season 2, with Episode 5, “Split the Lark,” holding the main focus of the campaign (that episode is listed on the ballot for “Dickinson” in the writing, directing and technical crafts categories).

Follow the links below to hear more about Season 2 of “Dickinson” in our eight exclusive interviews with the team behind the show, including Smith and Steinfeld.