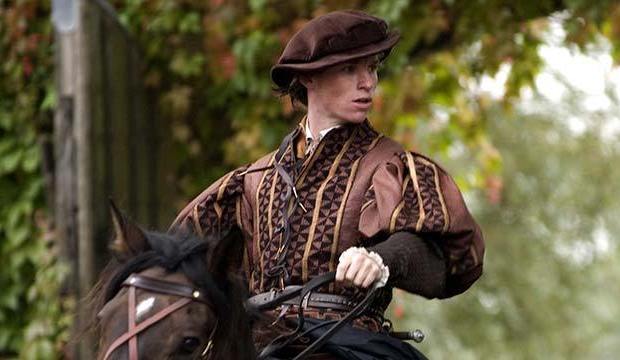 It’s surprising to learn that the forever youthfully looking Eddie Redmayne turns 37 on January 6, 2019. The actor has packed a lot of accomplishments into those 37 years though including both an Oscar win as Best Actor for “The Theory of Everything” and a Tony win as Best Featured Actor in a Play for “Red.”

If you’ll allow me a personal observation on how quickly fame can occur. In 2010 I happened to be walking past the theater in New York where Red was playing. Alfred Molina who was the above the title star of the play was signing autographs in front of the theater as his limousine waited. As I walked further along I saw Redmayne seemingly walking home from the theater alone carrying a well-worn suitcase that he was having trouble keeping closed. It was sort of fascinating to see an actor who at the time of the play was thought of as not famous enough to merit a car to drive him home make it to the Oscar podium only four years later.

In celebration of Redmayne’s birthday, take a tour in our photo gallery above as we rank his 10 greatest film performances from worst to best. We include “The Danish Girl,” “Les Miserables,” “Fantastic Beasts and Where to Find Them” and more.