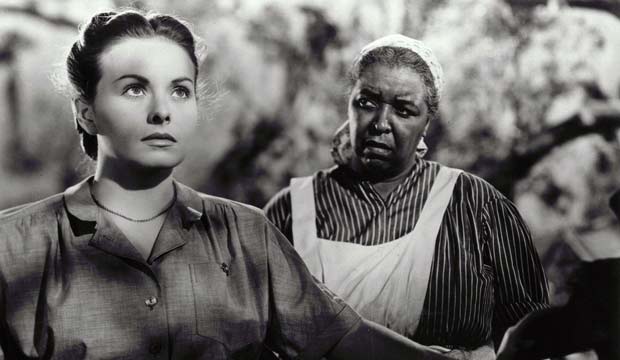 Elia Kazan would have celebrated his 109th birthday on September 7, 2018. Years after his death in 2003, the two-time Oscar-winning director remains both an influential and controversial figure, respected and reviled in equal measure. In honor of his birthday, let’s take a look back at 15 of his greatest films, ranked worst to best.

Kazan started his career as a stage actor, soon transitioning into directing. He mounted several landmark productions, including the original run of “A Streetcar Named Desire.” Throughout his career he received three Tony awards for Best Director of a Play: “All My Sons” in 1947, “Death of a Salesman” in 1949, and “J.B.” in 1959.

He transitioned into filmmaking with “A Tree Grows in Brooklyn” (1945). Two years later, he won his first Oscar for Best Director for “Gentleman’s Agreement” (1947), which also took home Best Picture and Best Supporting Actress (Celeste Holm). A taboo-shattering drama about antisemitism, the film established Kazan as a director drawn towards contemporary, hot-button topics.

In 1952, Kazan testified to the House Un-American Activities Committee, implicating several of his fellow filmmakers as members of the Communist Party. This decision haunted Kazan for the rest of his life, as evidenced by the mixed response he received at the 1998 Academy Awards when Martin Scorsese and Robert De Niro presented him with an Honorary Oscar (several attendees, such as Ed Harris and Nick Nolte, refused to applaud).

The director justified his decision with the 1954 film “On the Waterfront,” for which he won his second Oscar. The film received eight trophies in total, including Best Picture, Best Actor (Brando), Best Supporting Actress (Eva Marie Saint), and Best Screenplay (Budd Schulberg).

Kazan competed at the Oscars four additional times: Best Director for “East of Eden” in 1955; and Best Picture, Best Director, and Best Original Screenplay for “America, America” in 1963. He continued to push the envelope throughout his career in films such as “Baby Doll” (1956), “A Face in the Crowd” (1957), and “Splendor in the Grass” (1961).

Whether you love him or hate him, you can’t deny Kazan’s impact on both the stage and screen. Tour our photo gallery of his 15 greatest films, including a few for which he should’ve received Oscar nominations.

15. PINKY (1949)
Throughout his career, Kazan never shied away from taboo subjects, and in “Pinky,” he explores the explosive topic of racism with this story of a light-skinned African American woman (Jeanne Crain) passing for white. While visiting her illiterate grandmother (Ethel Waters), she cares for an ailing neighbor (Ethel Barrymore) and romances a white doctor (William Lundigan) who doesn’t know of her true heritage.

13. BOOMERANG! (1947)
In “Boomerang!,” Kazan brought documentary realism to this ripped-from-the-headlines story about a prosecutor (Dana Andrews) trying to clear an innocent man (Arthur Kennedy) of murder. It’s hard to imagine the modern day law and order dramas without Kazan’s gritty, naturalistic style, which included shooting in real jails and courtrooms.

12. WILD RIVER (1960)
In “Wild River,” Montgomery Clift gives one of his best performances as Chuck Glover, a TVA bureaucrat trying to get a stubborn octogenarian (Jo Van Fleet) to sell her riverside property for future development. At the same time, Glover runs afoul of the locals for his humane treatment of the town’s black population.

11. PANIC IN THE STREETS (1950)
Kazan brings taut suspense and expressionistic visuals to this potboiler about a doctor (Richard Widmark) who teams up with a police detective (Paul Douglas) to catch a killer (Jack Palance, in his film debut) infected with pneumonic plague. Shot entirely on location in New Orleans, with locals filling some key speaking roles, “Panic in the Streets” displays Kazan’s abilities to entertain even while lecturing.

10. SPLENDOR IN THE GRASS (1961)
This melodramatic weepy is probably best remembered for introducing a young, hunky Warren Beatty to movie screens (hard to believe he was just 24-years-old when the film was released). He plays Bud Stamper, a charismatic playboy who romances a fragile Kansas girl (Oscar-nominee Natalie Wood), sending her spiraling into heartbreak and insanity.

9. GENTLEMAN’S AGREEMENT (1947)
Kazan won his first Oscar for this message movie about a newspaper reporter (Gregory Peck) who poses as Jewish in order to write an expose on antisemitism. Much to his surprise, intolerance in the upper-middle class runs rampant. As was often the case with the director, “Gentleman’s Agreement” caused quite a stir for touching on a then-controversial topic.

8. A TREE GROWS IN BROOKLYN (1945)
After making a name for himself on the stage, Kazan turned his attentions to the screen with this sensitive, moving adaptation of Betty Smith’s novel. Told through the eyes of youngest daughter Francie (Peggy Ann Garner, who won the Academy’s now-defunct Juvenile Award), “A Tree Grows in Brooklyn” centers on the aspirational Nolan family, who struggle to rise out of poverty while living in a New York tenement in the early 20th century.

5. AMERICA, AMERICA (1963)
One of Kazan’s most personal films, “America, America” concerns a 19th century Anatolian Greek (Stathis Giallelis) who loses his family fortune en route to Istanbul and dreams of immigrating to America. Kazan based this long, engrossing drama on his own uncle’s experiences.

4. A FACE IN THE CROWD (1957)
Fans of “The Andy Griffith Show” may be shocked to see the good-hearted sheriff of Mayberry playing such a dastardly character in his film debut. Griffith plays Larry “Lonesome” Rhodes, an Arkansas drifter who becomes a media sensation when he’s discovered by a radio producer (Patricia Neal) looking for authentic voices. Yet Lonesome isn’t the homespun man of the people he claims to be. Budd Schulberg’s screenplay about a huckster pulling the wool over our eyes seems more prescient today than it did over 60 years ago.

3. A STREETCAR NAMED DESIRE (1951)
Is there a sexier scene in cinema history than the one when Stanley Kowalski (Marlon Brando) — drenched in sweat and clad in a ripped T-shirt — beckons his wife (Kim Hunter) into his arms by screaming “Hey Stella!” to her? In adapting Tennessee Williams’ taboo-shattering stage hit, Kazan (who also directed the original Broadway production) fills the screen with so much heat you might need a shower afterwards. Vivien Leigh won a Best Actress Oscar for playing the genteel, disturbed Blanche DuBois, who clashes with her brutish brother-in-law (Brando) after moving into her sister’s (Hunter) New Orleans apartment.

1. ON THE WATERFRONT (1954)
It’s hard to watch “On the Waterfront” without considering the circumstances under which it was made. Kazan directed this story of an ex-prizefighter-turned-longshoreman (Marlon Brando) who testifies against his corrupt union bosses as justification for his own decision to name names to the House Un-American Activities Committee, a choice that forever blemished his reputation. Yet Kazan’s past does nothing to diminish the impact of his film, in which Brando’s Method-inspired performance steered screen acting towards a more naturalistic approach. Its most famous scene, Terry’s “I coulda been a contender” speech to his older brother Charley (Rod Steiger) — who has pulled a gun on him in the backseat of a taxi — retains its power despite countless imitations (including Robert De Niro in “Raging Bull”).