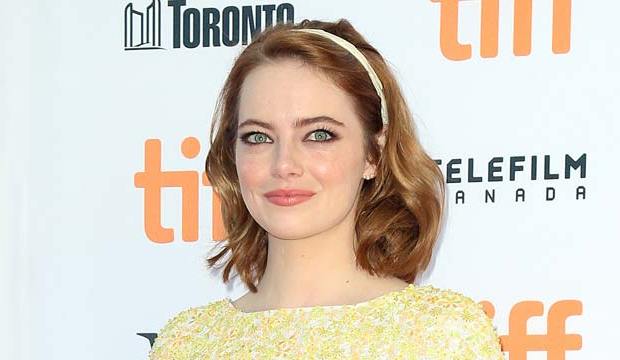 Emma Stone celebrates her 30th birthday on November 6, 2018. The Oscar-winning actress has extra reason to rejoice this year, since her new film “The Favourite” could land her back in the awards race when it’s released on November 23. In honor of her birthday, let’s take a look back at 12 of her greatest films, ranked worst to best.

Stone began acting at an early age, making television appearances as a teenager in such shows as “Medium,” “Malcolm in the Middle,” and “Lucky Louie.” She transitioned to film with a prominent role in the high school sex romp “Superbad” (2007). Just three years later, she was competing at the Golden Globes as Best Comedy/Musical Actress for her lead role in “Easy A” (2010).

It took four more years for Stone to reap her first Oscar bid: Best Supporting Actress for “Birdman” (2014). She may have lost to Patricia Arquette (“Boyhood”), but the groundwork was set for her eventual victory in Best Actress for the musical “La La Land” (2016).

Many expected Stone to return to the Best Actress race the very next year for portraying tennis pro Billie Jean King in “Battle of the Sexes” (2017), and though she reaped a Golden Globe bid, she was snubbed at the Oscars. She could get retribution for her role as an ambitious servant who seeks to charm a mad queen (Olivia Colman) in “The Favourite.” Stone will campaign in supporting actress alongside costar Rachel Weisz, who, funny enough, plays her chief rival for the queen’s affections (Colman will hope to compete in lead).

Tour through our photo gallery of Emma Stone’s 12 best movies, and see if your favourite made the cut.

12. IRRATIONAL MAN (2015)
Stone re-teamed with Woody Allen for another romantic comedy, this one set in the world of academia. Joaquin Phoenix plays a brilliant yet tormented philosophy professor in the midst of an existential crisis. He takes a job at a small college, where he romances both a chemistry professor (Parker Posey) and one of his students (Stone). “Irrational Man” plays many of the same notes Allen has struck in much better films, though not nearly as well. Still, diehard fans may forgive the film its flaws.

11. THE AMAZING SPIDER-MAN (2012)
It may be impossible to keep track of all the reboots and rehashes of the Spider-Man franchise, but this Marc Webb-helmed origin story is one of the best. After he’s bitten by a radioactive spider, teenager Peter Parker (Andrew Garfield) develops superpowers and tries to solve the mystery of his parent’s death. Stone stars as Gwen Stacy, his spunky love interest.

10. MAGIC IN THE MOONLIGHT (2014)
Stone joined the long list of Woody Allen muses in this 2014 romantic comedy. Set in 1928, the film stars Colin Firth as an English illusionist who is asked to help debunk an enchanting young woman (Stone) who claims to be clairvoyant. Though it pales in comparison to Allen’s best work, the expert period detail and capable performances make for an amusing bauble.

9. CRAZY, STUPID, LOVE. (2011)
Before there was “La La Land,” Stone and Ryan Gosling fell in love on screen in this 2011 multi-generational romantic comedy. Written by “This Is Us” creator Dan Fogelman, the film stars Steve Carell as Cal, a middle-aged man whose life is changed when his wife (Julianne Moore) asks for a divorce. He seeks help from a newfound friend (Gosling) who’s skilled at picking up women, including Cal’s oldest daughter (Stone).

8. ZOMBIELAND (2009)
This horror-comedy hybrid stars Jesse Eisenberg as a goofy college student trying to make his way back home to Ohio following a zombie apocalypse. Along the way, he meets a gun-toting tough guy (Woody Harrelson) and two sisters (Stone and Abigail Breslin) desperate to find sanctuary from the undead. The film was a critical and box office smash, contributing to Stone’s growing status as one of Hollywood’s funniest young actresses.

7. SUPERBAD (2007)
Stone first came to the attention of movie-goers in this autobiographical comedy written by Seth Rogen and Evan Goldberg. Jonah Hill and Michael Cera star as Seth and Evan, two teenagers hoping to lose their virginity before graduation, but their plans go awry during a rowdy party. Stone plays Jules, a classmate who invites Seth to the party, stealing his heart in the process.

6. EASY A (2010)
Stone received her first Golden Globe nominations as Best Comedy/Musical Actress for this high school interpretation of “The Scarlet Letter.” She plays Olive, a clean-cut teenager who uses the school’s vicious rumor mill to advance her own social standing. The film made Stone a leading lady, paving the way for starring roles in “The Help” and “La La Land.”

5. THE HELP (2011)
In Tate Taylor’s acclaimed period drama, Stone plays an aspiring writer during the civil rights era who decides to write a book detailing the lives of African American housekeepers in the south, much to the ire of the white families they work for. A huge hit at the box office, the film received Oscar nominations for Best Picture, Best Actress (Viola Davis), and Best Supporting Actress (Jessica Chastain), winning Supporting Actress for Octavia Spencer.

4. BATTLE OF THE SEXES (2017)
The legendary 1973 tennis match between World number one Billie Jean King (Stone) and ex-champ Bobby Riggs (Steve Carell) is dramatized in this film from “Little Miss Sunshine” directors Valerie Faris and Jonathan Dayton. King, a feminist and closeted lesbian, was fighting for more than just the glory of winning: rather, this was a battle for a woman’s right to equal pay for equal work. It’s a message that still resonates over 40 years later, in more than just the world of sports.

3. THE FAVOURITE (2018)
Stone squares off against Rachel Weisz for the affections of Olivia Colman in this eccentric period comedy from Yorgos Lanthimos. Set in 18th century England, “The Favourite” centers on a mad queen (Colman) occupying the throne while her loyal aid (Weisz) governs in her stead. But a newly arrived servant (Stone) has her eyes set on power, and will stop at nothing to curry favor with the frail ruler.

1. LA LA LAND (2016)
Stone sang and danced her way to Oscar, Golden Globe, and BAFTA Best Actress wins for Damien Chazelle’s modern musical. She plays Mia, an aspiring actress and playwright who falls in love with a brilliant jazz pianist (Ryan Gosling) against the backdrop of sunny Los Angeles, CA. In addition to Stone, the film won prizes for directing, cinematography, production design, score, and song, famously losing Best Picture to “Moonlight” in an envelope-switch fiasco.