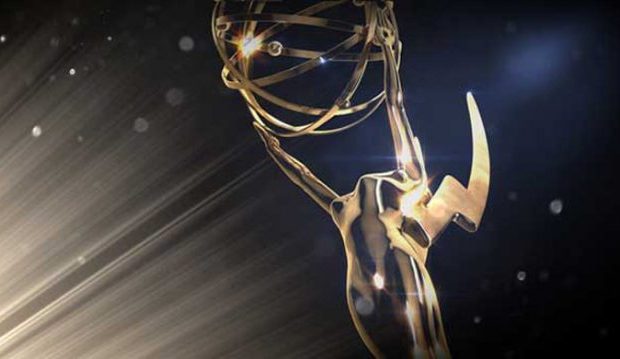 In 1965, Don Knotts made history as the first actor to step away from an Emmy-winning sitcom role while the show was still running. After playing Barney Fife on the first five seasons of “The Andy Griffith Show” and collecting three supporting trophies, he moved on to a film career by signing a contract with Universal Studios. As the show continued for three more years, Knotts returned for five special appearances and ended up earning two additional Emmys. He was the first person to be nominated as a regular supporting player and guest star for the same role on the same series. In the 55 years since, he has been followed by two dozen others, including five more double winners.

Cloris Leachman emulated Knotts in 1975 when her fourth bid and second win for “The Mary Tyler Moore Show” came for what was deemed a single performance rather than a supporting one. She had triumphed the previous year as a featured player.

Ellen Corby (“The Waltons”) won twice in supporting (1974, 1975) before ill health sidelined her; she returned to compete as a guest in 1978. In the same decade, Tim Conway went from earning guest bids for “The Carol Burnett Show” to supporting ones when he officially joined the cast in its ninth season. He prevailed under both classifications, as did Carol Kane (“Taxi”) in the 1980s.

Jay Thomas (“Murphy Brown”) followed Conway’s example in 1992, as did Christian Clemenson (“Boston Legal”) in 2009. Both won as guests but did not succeed as featured players. In the years between Thomas and Clemenson’s single supporting nominations, Amy Brenneman (“NYPD Blue”) and Jean Smart (“24”) added their names to the supporting-to-guest list but both went home empty-handed each time.

2008 simultaneously marked the end of the Individual Variety performance category and the first instance in a quarter-century of a “Saturday Night Live” regular vying for a comedy supporting award. The performer in question was Amy Poehler, and she, Kristen Wiig, and Bill Hader each ended up with multiple featured bids for the sketch series over the next several years, none of which resulted in wins. Between 2013 and 2016, they were each recognized once for guest hosting the show, with Poehler pulling off a win along with her co-host, Tina Fey.

The 2010s also saw five more supporting-to-guest examples with the nominations of Gregory Itzin (“24”), Ben Mendelsohn (“Bloodline”), Ron Cephas Jones (“This Is Us”), Samira Wiley (“The Handmaid’s Tale”), and Jessica Lange (“American Horror Story”). After winning as a guest in 2018, Wiley went back to supporting. As Constance Langdon, Lange also kept favor through a format change, winning Best Movie/Limited Supporting Actress in 2011 and competing for Best Drama Guest Actress in 2019.

Wiley’s “The Handmaid’s Tale” castmate, Alexis Bledel, went back to guest placement after one supporting bid, while another, Bradley Whitford, became the most recent guest-to-supporting nominee in 2020. The latest supporting-to-guest examples are Eddie Murphy (2020) and Alec Baldwin (2021), both from “Saturday Night Live.”

These 25 guest and supporting crossovers account for 35% of all cases involving one performance and multiple Emmy categories. Most of these actors (64%) first received featured bids before being recognized for guest spots. In recent years, shifts between these placements have typically occurred due to a rule which stipulates that a performance can only qualify as a guest one if it spans less than 50% of a season’s episodes. It has affected all three “Handmaid’s Tale” actors as well as current nominee Baldwin and will likely cause future additions to the list, as secondary actors generally no longer leave by choice like Knotts did but rather often have their roles modified for narrative purposes.