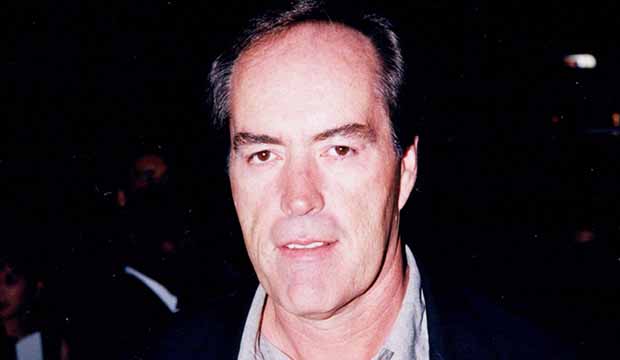 This year the Primetime Emmy Awards ceremony will look a little different in the midst of the COVID-19 pandemic. Jimmy Kimmel will be hosting a virtual ceremony; exactly how this will be carried out will be another interesting and likely memorable part of our current times. However, there have been quite a few times the Academy of Television Arts and Sciences has been challenged by an outside event affecting the ceremony, with one such event forty years ago also resulting in a largely empty auditorium – but for an entirely different reason.

An ongoing strike by members of the Screen Actors Guild resulted in a very small crowd at the 32nd gala, which was hosted by Steve Allen and Dick Clark at the Pasadena Civic Auditorium on September 7, 1980. Most presenters and 51 of the 52 nominated performers opted to boycott the event, with the exception of one brave soul who chose to accept his statuette in person. Allen and Clark were able to host, being members of AFTRA, which was not combined with SAG until decades later. Our Emmys flashback below looks back at what happened for the ceremony 40 years ago.

Powers Boothe won for Best Movie/Limited Actor for his chilling performance as the infamous cult leader in “Guyana Tragedy: The Story of Jim Jones,” and, really, who could blame him for wanting to attend? At the time, he was a relatively unknown actor competing against THREE Hollywood legends: Tony Curtis (“The Scarlett O’Hara War”), Henry Fonda (“Gideon’s Trumpet”) and Jason Robards (“F.D.R.:The Last Year”).

Accepting his award, Boothe acknowledged, “This is either the most courageous moment of my career or the stupidest,” adding, “I also thought long and hard whether or not I would attend. But I came here because this is America and one must do what one believes. I believe in the academy. I also believe in my fellow actors in their stand.” Apparently, all was eventually forgiven and it was a not-so-career ending suicide as many predicted. Although never nominated again, Boothe had a rich and varied career until his death in 2017.

Curtis, Fonda and Robards weren’t the only legends on the night’s ballots. Several now-iconic performers and series were recognized with nominations and wins. “The Big Three” networks still ruled the small screen, and CBS dominated the evening with 53 major nominations, including three of the five drama series up for the big award. Its acclaimed series “Lou Grant” not only reigned with its second consecutive win, it also tied the record for most major nominations for a drama series up to that time, with 14 nods. Lead actor Edward Asner paved his way into Emmy history by continuing his winning streak, earning his fifth Emmy for this role and seventh overall (accomplished within a decade from the carryover of “The Mary Tyler Moore Show”), making him the most honored male performer in the history of the ceremonies. His co-star Nancy Marchand won her second of four Emmys for her supporting role. Other drama winners included Barbara Bel Geddes for “Dallas,” with her only win out of three consecutive nominations for her role as Ellie Ewing, and Stuart Margolin for his second consecutive win for playing Evelyn Martin in “The Rockford Files.”

“Lou Grant” wasn’t the only repeat winner. “Taxi” won its second of three consecutive Emmys for Best Comedy Series; however, it failed to win any acting trophies. As a matter of fact, all the winners were first time winners. Richard Mulligan and Cathryn Damon won the lead awards for their portrayals of husband and wife in “Soap.” In the supporting category, “M*A*S*H” co-stars Harry Morgan and Loretta Swit finally won, with this being his fifth of eight consecutive nominations for his role of Sherman Potter and her seventh out of 10 consecutive nominations for her portrayal of Margaret Houlihan. Swit went on to win again two years later, and Mulligan went on to win in the lead category nine years later (for “Empty Nest”); however, these were the only wins for Damon and Morgan, so it was a real shame they never got to have Emmy glory on stage in front of their peers.

Patty Duke was another familiar face at the Emmys. She won her third and final Emmy in 1980 (she would received three more nominations) for her work as Helen Keller‘s teacher Annie Sullivan in TV movie “The Miracle Worker,” beating out her co-star Melissa Gilbert and Hollywood greats Bette Davis (“White Mama”) and Lee Remick (“Haywire”). Ironically, in 1963, Duke had become the youngest person to win an Oscar up to that time – and it was for her portrayal as Keller in the big-screen version of “The Miracle Worker.”

Rounding out the legends for the evening, Johnny Carson (“The Tonight Show Starring Johnny Carson”) received the prestigious Governor’s Award in recognition of his decades of entertainment in the television industry.