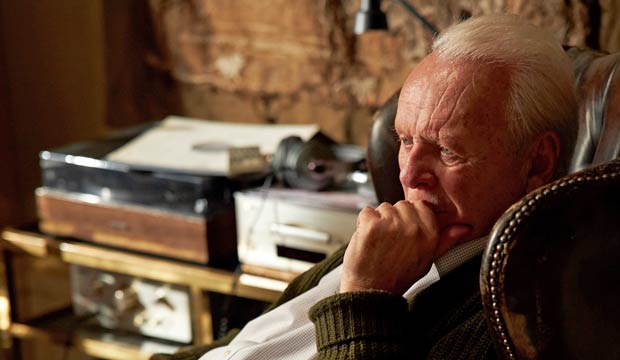 Let’s toast Sir Anthony Hopkins for making history as the oldest nominee ever to compete for a Best Actor trophy. The 83-year-old Welshman is currently up for his role as an elderly patriarch in the throes of increasingly debilitating dementia in “The Father.” He beat the record held for 21 years by Richard Farnsworth, who was 79 when he was recognized for his lead performance in 1999’s “The Straight Story.”

Hopkins previously won the Best Actor prize for his portrait of the diabolical Hannibal Lecter in 1991’s “The Silence of the Lambs” and would go to be nominated as a male lead as a reticent butler in 1993’s “The Remains of the Day” and as the disgraced 37th U.S. president in 1995’s “Nixon.” Hopkins also competed in the supporting category twice, as the sixth U.S. president John Quincy Adams in 1997’s “Amistad” and as Pope Benedict XVI in 2019’s “The Two Popes” at the age of 82.

Having accomplished this feat twice now, Hopkins is far from being the only octogenarian performer to compete in the Oscar race over the years. Tour our photo gallery featuring the 14 actors and actresses for 18 roles that were nominated (or even won at the Academy Awards) at age 80 and beyond. Our list includes Jessica Tandy, Christopher Plummer, George Burns, Ruby Dee, Max von Sydow and more.