“Fargo” showrunner Noah Hawley “wanted to make sure that he had a writers room that could represent those perspectives the best that you can,” explains writer/producer Scott Wilson about season four of the FX anthology series, which tells the story of a mob war between Black and Italian syndicates in Kansas City in the 1950s. “No one person can represent an entire group, but it’s ideal to have as many perspectives as you can, particularly if you’re writing about a specific group of people.” We talked with Wilson as part of our “FX Writing for Inclusion” panel. Watch the exclusive video interview above.

“Fargo” tells different (though often interconnected) stories every season, all expanding out from the original Oscar-winning 1996 movie by the Coen Brothers, and it’s “scary” in and of itself to try to inhabit their singular tone. “Meanwhile, we were going to be talking about these really heavy themes: assimilation and racism in the Jim Crow era … We spent the first few weeks just trying to tackle what themes we were going to try to take on and what were the stories that we thought could convey these weighty ideas.”

And there were a number of interconnected stories this season, from a nurse with homicidal tendencies (Jessie Buckley), to an Irish gangster who turned on his family to ally with the Italians (Ben Whishaw), a pair of escaped convicts and lovers with a penchant for robbing banks (Karen Aldridge and Kelsey Asbille), and a Black economist who turned to crime after experiencing racism first-hand during World War II (Glynn Turman).

That’s a lot of shady figures, but “we always aim to try to be empathetic to all the characters. In order to write authentically and to make the characters feel alive, you need to have a grasp on the way that they see the world, whether or not you agree with it.” So no matter who you’re writing for, the key is to be able to see the world through someone else’s eyes. 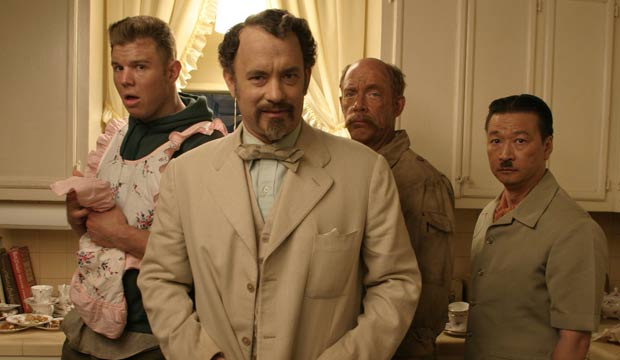