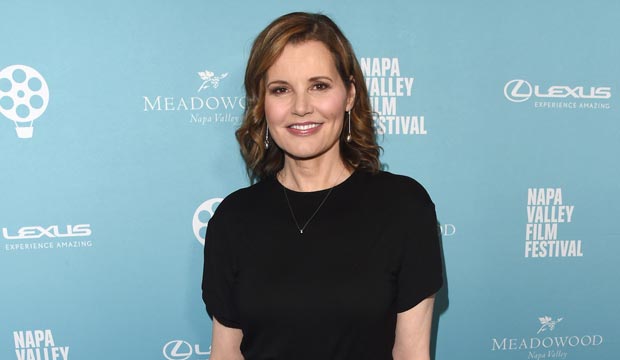 Geena Davis will celebrate her 63rd birthday on January 21, 2019. Davis has had a nearly 35-year career in film and television and it all began because of the comic way she filled out a pair of underwear in the classic comedy “Tootsie.” Davis was an aspiring model and actress when director Sydney Pollack cast her and she drew huge laughs as Dustin Hoffman’s dressing room mate who doesn’t know he is really a man. She thereby exercises and walks around the dressing room in just a bra and panties causing Hoffman’s character great discomfort.

Davis then turned to television in the cult hit sitcom “Buffalo Bill” for which she even wrote an episode. While beloved by critics and award shows the dark show never found its audience and was cancelled shortly into its run. Davis was then cast as the lead in a sitcom named “Sara” which was supposed to make her the next Mary Tyler Moore. The hype for that series didn’t live up to its potential and it also was quickly cancelled. Davis’ career seemed to be over before it had really gotten started but she managed to reignite interest from movie producers with a small role in “Fletch” and the horror spoof “Transylvania 6-5000.”

Those movies led to a leading role in “The Fly” followed by two Oscar nominated performances in “The Accidental Tourist” (for which she won as Best Supporting Actress) and “Thelma and Louise” (for which she competed in lead against co-star Susan Sarandon). Davis recently appeared with Oprah Winfrey describing how she was listening to Siskel and Ebert in the car on the way to the ceremony and the powerful film critics said she was the least likely person to win in that category. Oscar voters felt differently obviously.

In honor of her birthday, take a photo gallery tour above of her 15 greatest performances, ranked from worst to best.