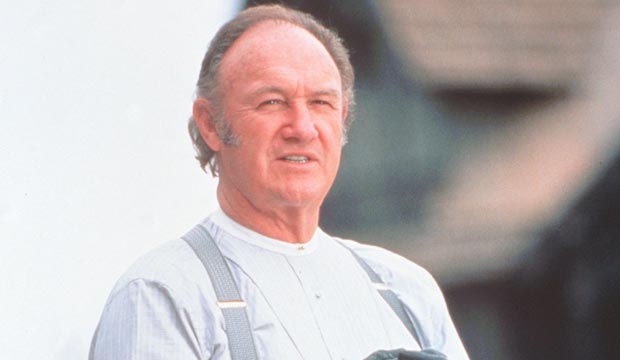 Happy 89th birthday to Gene Hackman on January 30, 2019! One of the most versatile and accomplished character actors on film, he is appreciated by critics and audiences for his clean, no-nonsense style of acting.  In his film work, Hackman was famed for the every-man quality to his work with which audiences of all types could identify which he demonstrated in the more than 80 films in which he appeared.

Throughout his film career which lasted more than half a century, Hackman’s subtle work has been showered with honors. He has won two Academy Awards (for 1971’s “The French Connection” with William Friedkin and 1992’s “Unforgiven” with Clint Eastwood) from five nominations. He has been given an honorary Cecil B. DeMille Award at the Golden Globes, while winning three competitive Globes from eight total nominations and is a Screen Actors Guild Award winner from his two nominations.

After appearing in 2004’s “Welcome to Mooseport,” Hackman announced that he was retiring from acting and now only occasionally does voice-over work. But he has left behind an enormously impressive body of work to enjoy, so let’s honor the great man by counting down and ranking his 24 best performances. Our photo gallery includes his Oscar-winning roles, plus “Bonnie and Clyde,” “The Royal Tenenbaums,” “The Conversation,” “Mississippi Burning” and more.