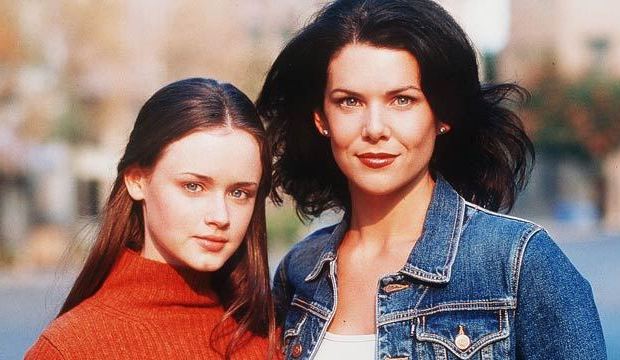 If you’re out on the road feeling lonely and so cold, all you have to do is put on “Gilmore Girls” and be whisked away to the zany, fast-talking world of Stars Hollow and instantly feel better. “Gilmore Girls” premiered Oct. 5, 2000 on The WB, telling the story of Lorelai Gilmore (Lauren Graham), a quick-witted single mother raising her bright daughter, Rory (Alexis Bledel), in scenic Stars Hollow, CT. What could’ve been just another teen show for the network soon emerged as one of the sharpest and most lovable shows on television. Pour up the coffee, load up on junk food and click through Gold Derby’s gallery above of the top 30 episodes of “Gilmore Girls.”

SEELauren Graham Interview: ‘Gilmore Girls: A Year in the Life’

For those of a certain age, “Gilmore Girls” was a formative show to grow up with alongside Rory. The conflicts are relatively small-scale, with complex characters who are relatable in some ways and aspirational in others, who you may laugh at in one scene and cry with in another. While the show is stylistically heightened and unrealistic at times, there is a refreshing realness in its underlying messages. Created by Amy Sherman-Palladino, “Gilmore Girls” wasn’t anywhere near the highest-rated show on television but it maintained a loyal audience through all seven seasons. Sherman-Palladino became known for her rapid-fire dialogue filled to the brim with pop culture references, which the show’s cast perfected over the years. Her knack for writing memorable characters with distinct personalities kept the show’s cult audience watching year after year, gripped to the screen as Lorelai and Luke’s (Scott Patterson) sexual tension grew and Rory succeeded academically as her love life was in turmoil.

The charming mother-daughter duo of Lorelai and Rory is the emotional core of the series, but the sprawling ensemble of characters around them helps immensely, between kind-hearted cook Sookie (Melissa McCarthy), loyal friend Lane (Keiko Agena) and Rory’s boyfriends, Dean (Jared Padalecki), Jess (Milo Ventimiglia) and Logan (Matt Czuchry). Another emotional core to the show is Lorelai’s parents, the wealthy Emily (Kelly Bishop) and Richard Gilmore (Edward Herrmann), whose strained relationship with Lorelai provides much of the show’s conflict.

“Gilmore Girls” was only acknowledged by the Emmys once in seven seasons, nominating it for Best Makeup for the season four episode “The Festival of Living Art.” Voters gave it the win, technically making “Gilmore Girls” an Emmy-winning series, but diehard fans will agree the show was unfairly shafted by voters, perhaps due to bias against The WB programming. However, fans of Sherman-Palladino are happy to see her finally getting her due at with “The Marvelous Mrs. Maisel.”

The series took on new life when all seven seasons were released on Netflix in 2014. This led to the emergence of the “Gilmore Guys” podcast, which broke down every episode of the series, as a new generation of fans fell in love with the world of Stars Hollow for the first time. It was announced in 2015 that Sherman-Palladino was set to create a revival limited series, “Gilmore Girls: A Year in the Life,” which dropped on Netflix the following year. As Sherman-Palladino left the show before its final season, this served as proper ending for her original vision.

So which “Gilmore Girls” episode do you think we ranked at the top? Click on the photo gallery above as we reminisce on “Rory’s Dance,” “The Bracebridge Dinner,” “They Shoot Gilmores, Don’t They,” “A Deep-Fried Korean Thanksgiving,” “Raincoats and Recipes,” “You Jump, I Jump, Jack” and many more! Which one is your favorite?