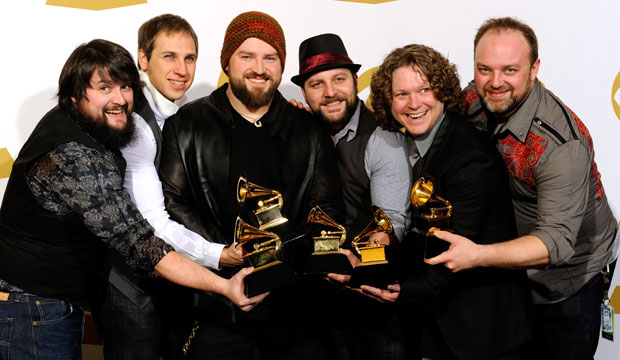 If you look at the 2023 Grammy nominations in the general field, you’ll notice the absence of one of today’s top genres: country music. Despite being one of the most consumed genres in the United States right now, country artists failed to get a nomination. A few American Roots artists did like Bonnie Raitt, Brandi Carlile, and Molly Tuttle, but no country album is nominated for Album of the Year, nor is any country song or artist nominated elsewhere in the big four. This genre snub includes one of the most surprising omissions of the year: buzzy new artist Zach Bryan missing Best New Artist. Indeed, it’s very weird to see Bryan miss in such a wild BNA race, especially to the likes of lesser-known artists you’d think would have less of a shot. But the truth is, country in general hasn’t been the best in terms of general field love. For Best New Artist, for instance, only three country acts have managed to win, with the latest being Zac Brown Band in 2010.

Zac Brown Band was a project that frontman Zac Brown had been working on for more than half a decade before they really became the country superstars people know them as with their major label debut, “The Foundation,” which came out in late 2008. The album was a major success, earning the band five consecutive top-40 hits on the Billboard Hot 100, four of which topped the country charts. With such success, awards recognition made total sense, although the band wasn’t as widely honored as you may think. See, if you think of a genre act that’s powerful enough to win Best New Artist, you might assume they’re probably racking up awards left and right in their own genre. However, prior to the BNA Grammy win, the band only had one ACM Award for Best New Duo/Group (they lost the general Best New Artist award) and one CMT Award … that’s it. The band lost Best New Artist at the 2009 CMAs to Darius Rucker (who was not a new artist), though they eventually won the award the following year, after their Grammy win.

So it’s safe to say that the BNA win wasn’t locked at all. Alongside Zac Brown Band, the nominees included pop-R&B newcomer Keri Hilson, indie sensation MGMT, rock band Silversun Pickups, and pop duo The Ting Tings. As you might tell from reading those names, it wasn’t necessarily the most star-studded lineup, especially looking back at it 12 years later when arguably none of those names are getting mainstream play besides maybe some MGMT cuts that have been viral online. Still, these are the Grammys, not the Billboard Music Awards, so all of these nominees were deserving and making great music despite their now-limited name recognition.

The one notable absence is one that was deemed ineligible: Lady Gaga. Since Gaga’s “Just Dance” got a nomination for Best Dance Recording the year prior, the rules at the time deemed her ineligible to receive a nomination for Best New Artist the year she really had her substantial breakout. Following this snub, the Recording Academy reversed that rule, allowing artists like Meghan Trainor to win despite previous nominations; artists can now be nominated for BNA despite a previous nom as long as they had less than five tracks out at the moment of their first nomination and didn’t win. The point is, since every major award show was awarding Gaga their Best New Artist prizes (except the AMAs, which went for a band you’ve likely never heard of named Gloriana), there was no real consensus on who besides Gaga was the best new artist of the year.

Pundits were split over who would win, understandably so. Slant Magazine didn’t even mention Zac Brown Band, predicting Keri Hilson with MGMT and The Ting Tings as possible spoilers. Spin Magazine predicted a Hilson victory too, while Beats Per Minute went for MGMT. Billboard did accurately predict a Zac Brown Band win (very confidently so, I might add), stating that “Brown and company have also sold over twice as many copies of their last album than any of their fellow nominees (…) an achievement that doesn’t go unrecognized by NARAS voters. Keri Hilson and MGMT will probably earn a good chunk of votes from R&B and alt-pop fans, but when all is said and done, expect ZBB to come out on top.” The race was probably between those three artists, and I’d imagine it was a close race given the lack of pop crossover success for Zac Brown Band.

Zac Brown Band proved that country can, in fact, win in the big categories. All it takes is some vote-splitting between the other nominees and, likely, a significant amount of commercial success. Since Zac Brown Band, country has won on two other occasions: “Need You Now” by Lady A took home Record and Song of the Year the following year, and Kacey Musgraves’s “Golden Hour” won Album of the Year at the 2019 ceremony. Both of these, though, probably benefited from more pop appeal than Zac Brown Band had. Still, it is possible to break through with country, although the genre seems to be less popular with Grammy voters these days than 10 years ago. I guess Zach Bryan just had bad luck.