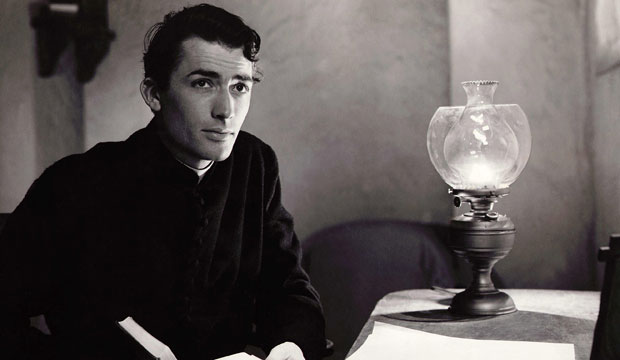 Gregory Peck would’ve celebrated his 103rd birthday on April 5, 2019. The Oscar-winning actor starred in dozens of classics, staying active on the big and small screen until his death in 2003 at the age of 87. In honor of his birthday, let’s take a look back at 20 of his greatest films, ranked worst to best.

Born in 1916, Peck made his screen debut with a starring role in “Days of Glory” (1944). He earned his first Oscar nomination as Best Actor for his second movie, “The Keys of the Kingdom” (1944), playing a Catholic priest spreading Christianity in China. He earned subsequent bids for playing an ex-Confederate soldier in “The Yearling” (1946), a journalist posing as Jewish in “Gentleman’s Agreement” (1947) and an Air Force commander in “Twelve O’Clock High” (1949).

He clinched the gold for “To Kill a Mockingbird” (1962), adapted from Harper Lee‘s beloved Civil Rights novel. The role of Atticus Finch, a quietly determined Southern lawyer defending an innocent black man against charges of rape, brought him a Golden Globe win and a BAFTA nomination.

Peck won additional Golden Globes for “The Yearling” and the TV miniseries “Moby Dick,” which also brought him an Emmy nomination as Best Movie/Mini Supporting Actor. (He played Father Mapple in that version, having portrayed Captain Ahab in John Huston‘s 1956 film adaptation.) He also competed for “Captain Newman, M.D.” (1963), “MacArthur” (1977), and “The Boys from Brazil” (1978). His role in “Roman Holiday” (1953) brought him a BAFTA bid.

In addition to his Oscar win, Peck earned the Jean Hersholt Humanitarian Award in 1968, having served as the Academy’s President starting in 1967. He received the Cecil B. DeMille Award in 1969 from the HFPA and the Kennedy Center Honors in 1991.

Tour our photo gallery above of Peck’s greatest films, including a few gems that should’ve brought him Oscar glory.