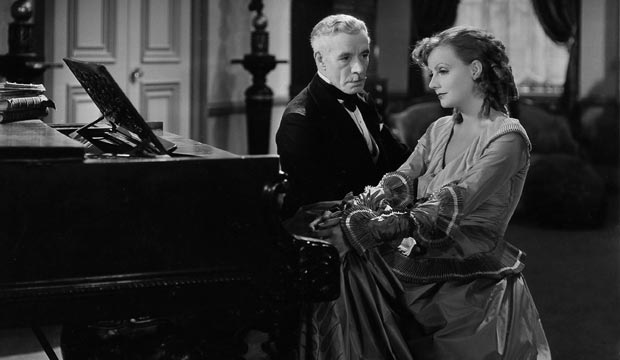 Greta Garbo would’ve celebrated her 113th birthday on September 18. Born in 1905, the Swedish-born actress became a star with a string of hit films throughout the 1920s and 1930s before disappearing from screens in 1941 at the age of 36. Though she appeared in only a handful of titles, enough have remained classics to give her a special place in history. In honor of her birthday, let’s take a look back at 10 of her greatest films, ranked worst to best.

Garbo got her start in the silent era, acting in her native Sweden before coming to Hollywood at the behest of MGM studio chief Louis B. Mayer. She soon became a popular presence on the silver screen as a romantic leading lady. Her performance in “Flesh and the Devil” (1926) as a seductress who tears two friends apart proved she was a woman to die for.

Since English was not her first language, Mayer was rightfully nervous that the emergence of sound would destroy one of his biggest stars. Luckily, her first talking picture — an adaptation of Eugene O’Neill‘s Pulitzer Prize-winning play “Anna Christie” (1930) — was a success, aided by an ad campaign that encouraged audiences to show up so they could hear Garbo speak. “Give me a whisky,” the wayward Anne proclaims, “ginger ale on the side, and don’t be stingy, baby!”

Yet the line that would come to define Garbo’s persona came in another film: the Best Picture-winning “Grand Hotel” (1932). “I want to be alone,” her depressed ballerina wistfully utters at the end of this star-studded melodrama, and it seems that was a case of art imitating life.

Tour our gallery of Garbo’s 10 greatest films, which you just might want to watch on your own.

10. ROMANCE (1930)
Garbo received her first Oscar nomination as Best Actress for this schmaltzy, aptly-titled romantic drama. Directed by Clarence Brown, the film casts the Swedish star as an Italian opera singer who falls in love with a terribly dull young priest (Lewis Stone). Because Academy rules at the time allowed actors to contend multiple times in the same category for different films, Garbo also competed that year for the superior “Anna Christie.”

9. CONQUEST (1937)
In “Conquest,” Polish Countess Marie Walewska (Garbo) is dispatched by her country to become mistress to Napoleon Bonaparte (Best Actor nominee Charles Boyer) in the hopes of influencing him. But love and heartbreak get in the way of politics. With lavish costumes and ornate, Oscar-nominated production design, this is the kind of prestige melodrama MGM used to release on a weekly basis.

7. ANNA CHRISTIE (1930)
“Garbo talks!” proclaimed the ads for “Anna Christie,” and indeed, this adaptation of Eugene O’Neill’s Pulitzer Prize-winning play was the first sound film for the actress. She plays the title character, a wayward woman who reunites with her estranged father (George F. Marion) and begins a new relationship with a seafaring man (Charles Bickford). But her dark past keeps rearing its ugly head.

6. FLESH AND THE DEVIL (1926)
The best of Garbo’s silent features is this romantic melodrama about two childhood friends (John Gilbert and Lars Hanson) who grow up to become soldiers in the German Army and get torn about by a beautiful seductress (Garbo). “Flesh and the Devil” marked the first collaboration between the actress and co-star Gilbert, with whom she would make four films.

5. QUEEN CHRISTINA (1933)
Having already become queen of the box office, it seems fitting that Garbo would portray an actual monarch in at least once. This epic biopic recounts the life of Queen Christina of Sweden (Garbo), who rose to power in the 17th century, only to abdicate the throne for the love of a galant Spanish ambassador (John Gilbert). Director Rouben Mamoulian and company mount an impressive production, anchored by Garbo’s haunting performance.

4. ANNA KARENINA (1935)
“Anna Karenina” has been adapted so many times with so many different actresses (most recently by Keira Knightley) that it’s almost impossible to appreciate the power of Tolstoy’s original novel. Garbo herself took on the role of a sheltered Russian wife carrying on a doomed affair twice: once in the silent version, “Love” (1927), and again in this Clarence Brown-directed sound remake.

3. CAMILLE (1937)
George Cukor’s “Camille” is the best of the Garbo costume dramas, a lavish adaptation of Alexandre Dumas’ tragic novel about a Parisian courtesan who leaves a stuffy baron (Henry Daniell) to marry an irresistible young man (Robert Taylor). But the young man’s father (Lionel Barrymore) knows all about her sordid past. She eventually dies of consumption.

2. GRAND HOTEL (1932)
When Garbo wistfully uttered “I want to be alone” at the end of “Grand Hotel,” it was perhaps the closest moment of art imitating life the famously reclusive actress ever experienced. The line certainly took on special meaning when she disappeared from movie screens following the 1941 release “Two-Faced Woman.” This adaptation of Vicki Baum’s play concerns the goings-on at a place where “nothing ever happens.”

1. NINOTCHKA (1939)
The ad campaign for Ernst Lubitch’s sublime comedy “Ninotchka” sold audiences on one enticing premise: “Garbo Laughs!” Turns out the solemn, melancholy movie star was actually a very capable comedienne. She plays Nina Ivanovna Yakushova (aka Ninotchka), a rigid, humorless Russian woman sent to Paris to retrieve a trio of Soviets and a cache of diamonds. Her icy exterior is slowly but surely melted by a charming man (Melvyn Douglas) who represents everything she despises.