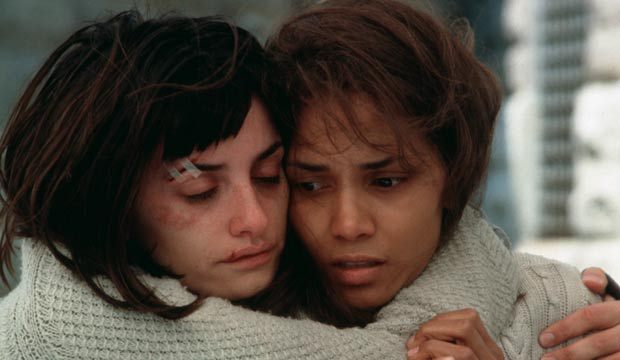 On August 14, 2019, Halle Berry will celebrate her 53rd birthday. It has been a long and interesting journey for the actress who has seen her career go from being first runner-up in the Miss USA pageant to making history as the first and only (to date) black women to win an Oscar for Best Actress.

After her beauty contestant run, Berry would then go on an acting career with a string of roles on television in somewhat forgettable roles. Her big break would come in Spike Lee‘s film “Jungle Fever” which offered her a juicy supporting role and got her noticed by filmmakers.

Berry seemingly almost ended her career before it really got started when she made the mistake of passing up the lead role in the movie “Speed” that made Sandra Bullock into a star. She bounced back though with a series of films culminating in the acclaimed TV movie “Introducing Dorothy Dandridge,” which won her the Emmy, Golden Globe and SAG Award.

Dorothy Dandridge was the first black actress to ever be nominated for a Best Actress Oscar (nominated for “Carmen Jones”). The role would prove prophetic since in 2001 she would become the first black woman to win the Oscar as Best Actress for the film “Monster’s Ball.” In a famously emotional speech, she proclaimed her award to be so much more than just her but instead a door that was finally opened for “nameless, faceless women of color.” Sadly that prediction has gone on to fall somewhat flat with no other African-American winning so far.

Take a tour in our photo gallery above, which features Berry’s greatest 10 film performances, ranked worst to best. Our list includes “Bulworth,” “Die Another Day” and “X-Men.”