Freshly minted Screen Actors Guild and Golden Globe Award Best Supporting Actress nominee Helena Zengel had a startling realization when she made her first trip to the United States to shoot Universal’s “News of the World” opposite Tom Hanks.

“What really surprised me was that cowboys are real,” the German-born actress tells Gold Derby in an exclusive new video interview (recorded before Globe and SAG noms were announced). “I would have never thought that they’d be like, ‘Howdy ma’am.’ You always see those movies and they’re in the movies like that. But when I first met them they were coming with cowboy hats and rattlesnake boots and their horses. Afterward, I talked to my grandparents and I was like, ‘Grandma, they’re real. They’re not only in the movies!”

At 12, Zengel is one of the youngest Golden Globes nominees ever, joining the likes of Kirsten Dunst, Haley Joel Osment, Macaulay Culkin, and Anna Paquin on the list of preteen honorees. But the awards circuit is not unfamiliar terrain for the young actress. She won Best Actress at the 2020 German Film Awards for her breakout turn in “System Crasher,” a performance that earned notice from “News of the World” filmmaker Paul Greengrass.

“I thought it was brilliant and Helena was superb in it — with huge range, too,” Greengrass said last year of watching Zengel in the role for the first time. “I had a strong sense then, literally, as I watched it. I thought, ‘Well, I mean, it’s going to have to be her. She’s the perfect age. She looks exactly right.’”

Based on the book by Paulette Jiles, “News of the World” is set in 1870 with the nation still bitterly divided in the wake of the Civil War. Hanks plays a former Confederate captain, Jefferson Kyle Kidd, who travels through the American South reading headlines from the country’s newspapers to local residents. During one of his trips, he encounters Johanna (Zengel), a young woman left abandoned after being kidnapped and raised by the Kiowa tribe. As Kidd attempts to reconnect Johanna with her only living family members, the two begin to form a bond.

“When we turned up on the first day, you do have nerves. If you’re in my position you have nerves because you think, well, she’s 11. How is it going to be?”’ Greengrass said. But any anxiety he felt was relieved after the first day, a scene when Kidd stumbles upon Johanna in the woods for the first time.

“I remember Tom came up to me after a couple of takes,” Greengrass said. “He is there next to me and said, ‘She is absolutely superb.’ I never worried again. The two of them bonded and off they went. She was fantastic from the first to the last.”

Speaking now, Zengel says Hanks was a consummate professional who always had her back. Even now, she says, the pair are friendly via email and text, where Hanks regales his former costar with tales about his latest projects.

“It’s great we have that close connection because I would not have thought that,” she says. “I thought he would come in a Lamborghini with black shoes and a pair of sunglasses and say hello and [go] into his trailer and you don’t see him except in the scenes.”

But Hanks was anything but a conceited movie star, she says with a laugh. “He’s just normal! It was totally great and you just imagine the time with him is a dream because he’s very nice, he’s a gentleman, and he makes it very easy to like him.”

21 young Oscar nominees aged 18 and under 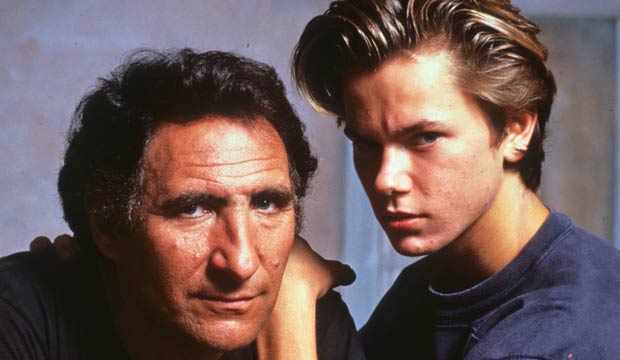