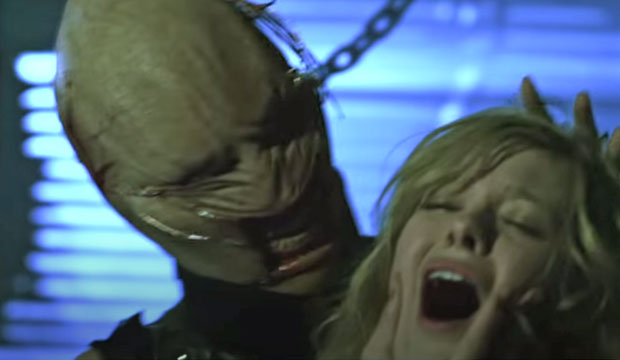 A mysterious puzzle box that unleashes the Cenobites of Hell — what could possibly go wrong? Clive Barker‘s “Hellraiser” and the many spooky sequels that followed it have been making our skin crawl and our stomachs turn since 1987. Unworldly beings led by the aptly-named Pinhead who do not know the difference between pain and pleasure appear on Earth to torture those who summon them. On October 7, 2022 a new “Hellraiser” flick featuring the first female Pinhead will be born on Hulu. Scroll through our photos above (or click here for direct access) that highlight all of the gruesome “Hellraiser” movies ranked worst to best, according to their IMDb scores. Where will the latest edition fall in our rankings?

The original movie that started it all was released September 10, 1987 and starred Doug Bradley as the instantly iconic leader of the Cenobites, whom we now know as Pinhead. Bradley appeared in the first eight “Hellraiser” flicks, but did not return for “Revelations” (2011) or “Judgment” (2018). He was reportedly offered a cameo in the new Hulu installment, but declined due to Covid-19 concerns and because he wanted to leave his version of the iconic villain intact.

Jamie Clayton, who is perhaps best known for playing Nomi Marks “Sense8,” will take on the role of the first female Pinhead in the 2022 edition. Other cast members include Odessa A’zion as Riley, Brandon Flynn as Matt, Drew Starkey as Trevor and Adam Faison as Colin. David Bruckner directed the new “Hellraiser” from a screenplay by Ben Collins and Luke Piotrowski (with David S. Goyer joining them in the story credit).

Here is how Disney Platform Distribution describes the upcoming Hulu film: “A young woman struggling with addiction comes into possession of an ancient puzzle box, unaware that its purpose is to summon the Cenobites, a group of sadistic supernatural beings from another dimension.”