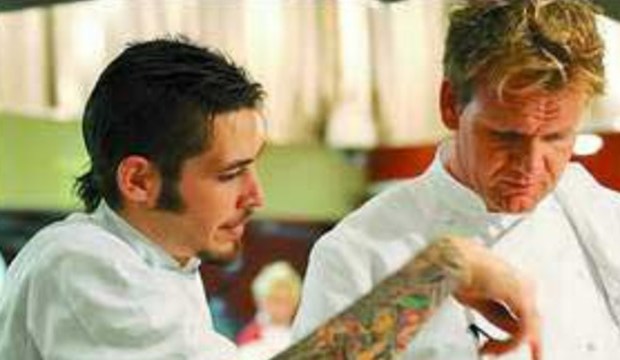 “Hell’s Kitchen” is coming back to FOX later this year. After shooting Seasons 19 and 20 back-to-back before the COVID-19 pandemic, Season 21 of “Hell’s Kitchen” is finally slated to begin production this winter. Here’s everything to know about latest installment of this reality competitions series hosted by the foul-mouthed Gordon Ramsay.

It will likely premiere in the second half of 2022.
“Hell’s Kitchen 21” is likely to have a premiere date on FOX in the fall of 2022; which is when the three most recent pre-COVID seasons started. “Hell’s Kitchen” 20 aired throughout the summer of 2021 and concluded on Sept. 13. This tentative scheduling would put the gap between seasons at just about a year. Compare that to the almost two-year wait between the Season 18 finale in Feb. 2019 and the Season 20 premiere in Jan. 2021.

Production will begin this winter.
The casting notice requires applicants to be available from late January to early March 2022 with the understanding that filming will take place for three weeks during this window.

There is a COVID-safe plan.
“Hell’s Kitchen 21” will work within the constraints of COVID. To that end, the cast is likely to quarantine for two weeks prior to the start of production. The two most recent seasons were filmed at the Hell’s Kitchen restaurant in Las Vegas prior to the pandemic. The first 18 seasons were produced in Los Angeles at a facility that housed the restaurant, kitchen and a dormitory.

Who is in the “Hell’s Kitchen 21” cast?
The casting requirements spell out the qualifications for successful applicants to be on “Hell’s Kitchen” 21. They can be chefs of any types or accomplished line cooks. Unlike season 20, in which all the contestants were under 25, there is no age restriction for this upcoming edition of the show.

What does the “Hell’s Kitchen 21” winner get?
The most recent winner of “Hell’s Kitchen” was Trent Garvey, who collected a cool quarter of a million dollars and landed the gig of head chef at Gordon Ramsay Steak, a restaurant that is part of the Paris Las Vegas Resort. To find out which of the other “Hell’s Kitchen” winners are still working for Gordon Ramsay, click through the photo gallery above.