Over the 18 seasons of “Hell Kitchen,” fans of the reality competition show have watched countless chefs split into two teams and compete for the job of a head chef of a restaurant under the tutelage of an often hot-headed host Gordon Ramsay. Many of the winners who withstood the heat have gone on to have successful careers. But six of the participants we once rooted for are no longer with us. Here are the chefs who have died since appearing on the cooking series that first premiered in 2005:

— Rachel Brown (Season 2): This hard-working personal chef ranked seventh and offered herself up for elimination many times. Her performance took a dive after her friend Heather West, the winner of  the season, left the red team. Brown, 41, would commit suicide by shotgun in her Bedford, Texas, home in May 2007.

— Keith Greene (Season 2): The chef and bartender, whose nickname was “K-Grease,” came in third and was one of best competitors that season. The Southampton, New York, resident died in August 2012 at age 35 after drowning in a lake during a morning swim.

— Aaron Song (Season 3):  This retirement home chef was the oldest participant on his season and ranked in 10th place. He often got emotional and lacked confidence when under pressure. Due to health problems, he had to withdraw from the show. The Rancho Palos Verdes, California, resident died at age 51 in November 2010 due to diabetes complications.

SEE‘Hell’s Kitchen’ winners ranked worst to best (with photos): Can you guess our #1 choice?

— Louis Petrozza (Season 4): This affable contestant was the runner-up on his season. While there have been plenty of cutthroat types who would prevent others to succeed, this catering director often took risks for his teammates. He did exhibit messy kitchen habits, which became a running gag. The Charlotte, North Carolina, resident died at age 58 in November 2019 after suffering from lung cancer.

— Jessica Vogel (Season 12): This passionate participant ranked 12th on her season. Vogel, a line cook, would often break down in tears and her performance in the kitchen was inconsistent. The Spring Lake, New Jersey, native died at age 34 in July 2018 from ulcerative colitis.

— Paul “Paulie” Giganti (Season 16): This executive chef, who grew ever more cocky during his season, placed in fourth place. Paulie G, as he was known, was found dead in his Philadelphia home from an accidental drug overdose in April 2017. He was 36. 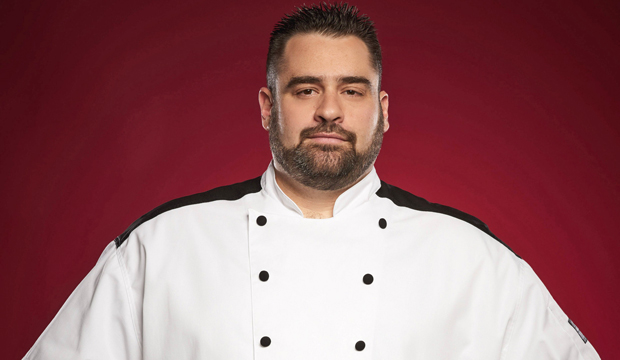