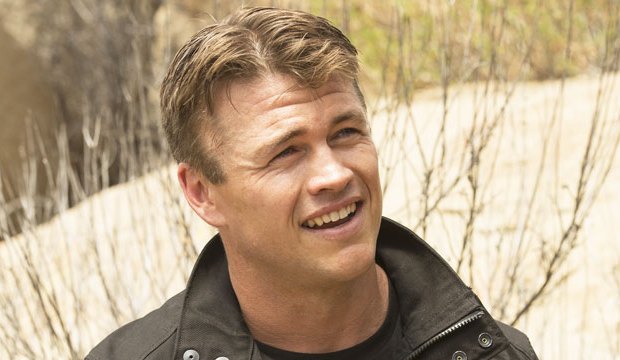 Australia’s favorite trio of brothers — Luke Hemsworth (oldest), Chris Hemsworth (middle) and Liam Hemsworth (youngest) — have been working steadily for years both in their home country and the U.S. They last joined forces during Chris’s opening monologue when he hosted “Saturday Night Live” (2015) and poked fun at his handsome trio. Click through our photo gallery above that highlights the Top 10 Hemsworth brothers roles to date. Do you know which television show actually employed all three brothers?

While the U.S. has its own acting siblings like Jake & Maggie Gyllenhaal and Ben & Casey Affleck, Australia definitely has bragging rights with the handsome set of brothers. Middle sibling Chris has so far proven to be the more successful in his career thanks to the blockbuster “Thor” and “Avengers” movies. But he’s also surprised audiences with his comedic abilities in both “Ghostbusters” and “Vacation,” proving he doesn’t take himself too seriously.

Chris has teamed up twice with director Ron Howard, for “Rush” and “In the Heart of the Sea.” “Rush” earned Golden Globe nominations for Best Drama Film and for his co-star Daniel Bruhl for Best Supporting Actor. While Chris has yet to receive awards recognition himself, that career milestone could be right around the corner. Chris will next be seen this fall in “Thor: Ragnarok” (which hits theaters Nov. 3) and then in “Avengers: Infinity War” in 2018.

Older sibling Luke currently has bragging rights as the only one of the Hemsworth brothers to receive a major awards bid. He was nominated earlier this year as part of the Best Drama Ensemble at the SAG Awards for his recurring role on HBO’s sci-fi hit “Westworld.” That leaves baby brother Liam of “The Hunger Games” fame playing catch-up.

Be sure to make your Emmy predictions. Weigh in now with your picks so that Hollywood insiders can see how their TV shows and performers are faring in our Emmy odds. You can keep changing your predictions until just before nominees are announced on July 13. Join in the fierce debate over the 2017 Emmys taking place right now with Hollywood insiders in our TV forums. Read more Gold Derby entertainment news.

Emmys 2020 nominations: Best prediction scores by our Editors and Users