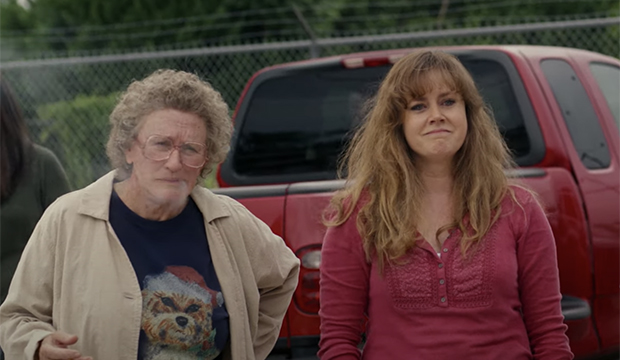 Amy Adams and Glenn Close reaped  SAG Awards nominations for “Hillbilly Elegy” and Close also contends at the Golden Globes. And they landed on the BAFTAs longlists for their performances in Ron Howard‘s Netflix adaptation of J.D. Vance‘s bestselling memoir of the same name.

Both started awards season atop our Oscar charts but lost steam after “Hillbilly Elegy” was dismissed by critics and dropped out of the top 5. Should they rally and reap Oscar bids it wouldn’t be the first time there’s been a disconnect between the industry and critics (remember Sandra Bullock prevailed for playing an over-the-top Southerner in “The Blind Side.”)

While the book centered on Vance’s experiences from his perspective, the film shows him in a reactive role as the two most prominent women in his life, his mother and his grandmother, take center stage. Vance’s mother, Bev (Adams), struggles with drug addiction as her loved ones try to help her. Bev battles with her mother, Mawmaw (Close) to get her to take responsibility for her daughter’s downfall. In flashbacks, Vance recalls being raised by Mawmaw, whose enjoyment of the “Terminator” movie influenced his own philosophy on life.

Both Adams and Close are still without Oscars despite multiple nominations. Close has reaped an unlucky seven bids. She last contended two years ago for “The Wife.” When she was bested by Olivia Colman (“The Favourite”) for Best Actress, she earned the dubious distinction of being the biggest loser among actresses without a win. Among her other defeats: iconic turns in “Fatal Attraction” (1988) and “Dangerous Liaisons” (1989). Close first contended in Best Supporting Actress three years running beginning in 1983 with “The World According to Garp” followed by “The Big Chill” and “The Natural.”

Adams racked up her six nominations in a lucky 13 years. We thought her most recent bid, for “Vice,” might finally bag her that Oscar, especially after Regina King (“If Beale Street Could Talk”) was snubbed at the SAG and BAFTA Awards. But Adams didn’t win at either of those, and King rallied to win the Oscar. Adams is now tied with Thelma Ritter and Deborah Kerr who both went 0 for 6.