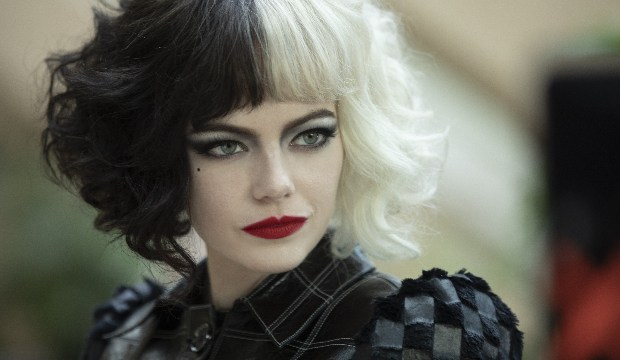 After years of development and a lengthy release delay due to the coronavirus pandemic, Disney is finally set to release “Cruella,” its latest live-action expansion of its animated library, on May 28. But in keeping with the current climate, the Emma Stone film will screen in theaters and also via Disney+ (albeit for an additional cost to subscribers).

Here’s where and when to watch “Cruella.”

How to watch Emma Stone in Cruella on Disney+

An origin story for famed Disney villain Cruella de Vil, “Cruella” stars Emma Stone as the future dog antagonist. The story is set in 1970s London as a young woman named Estella (Stone) grapples with her dastardly mentor (played by Emma Thompson) as well as her title alter-ego. As Disney did previously with “Mulan” and “Raya and the Last Dragon,” “Cruella” is available as a Premier Access title on Disney+. That means subscribers to the streaming service can pay an additional $29.99 to watch the film beginning on Friday, May 28. Those without Disney+ or anyone looking to go back to the movies can also see “Cruella” in theaters. The comedy is one of the first major titles to earn a wide theatrical release this year, as coronavirus cases begin to fade around the country. Check local venues to see where “Cruella” is playing in theaters near you.

Is Cruella on Disney+?

“Cruella” was given a PG-13 rating on account of “some violence and thematic elements.” The film is darker than usual Disney live-action projects on account of its cynicism and the fact that its protagonists are petty thieves and schemers.

Is Cruella on Netflix?

No, “Cruella” is not streaming on Netflix, Hulu, HBO Max, or Amazon Prime Video. The only place to watch “Cruella” at home is via Disney+ for an added cost.

Is Cruella playing in theaters?

“Cruella” is directed by Craig Gillespie, the filmmaker behind “Lars and the Real Girl,” “I, Tonya,” and the upcoming Hulu limited series based on Pamela Anderson and Tommy Lee’s infamous sex tape. Much like “I, Tonya,” which focused on disgraced figure skater Tonya Harding, “Cruella” is a way for Gillespie to recontextualize a female character who has long been considered a villain in popular culture.

Who did the music in Cruella?

The “Cruella” score is composed by none other than Nicholas Britell, the composer behind “Succession,” “The Underground Railroad,” “Moonlight,” “Vice,” and “If Beale Street Could Talk,” among other projects. In keeping with Gillespie’s style, “Cruella” also features numerous pop songs to accompany its various montages and character introductions. Among the artists on the soundtrack include Queen, The Doors, Blondie, The Clash, and many others. The movie also includes an original song by Florence + The Machine called “Call Me Cruella” that Britell co-wrote.

How long is Cruella?

Felix Black ('Welcome to Earth' editor): 'It was an absolute joy to see Will Smith putting his life on…