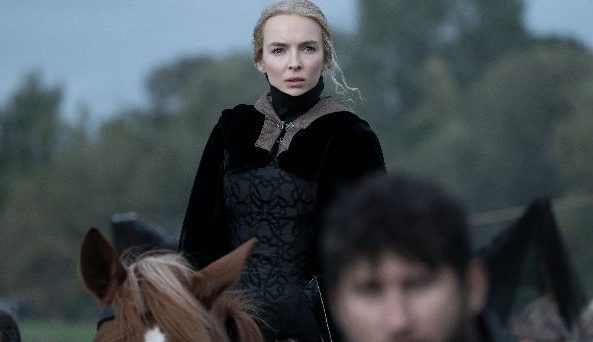 Where can you watch ‘The Last Duel’?

Released by 20th Century Studios, “The Last Duel” is exclusively in theaters now. The lengthy drama is not expected to burn up the box office, with expectations that it will finish well behind fellow October 15 release “Halloween Kills” as well as “No Time to Die” and perhaps even the third weekend of “Venom: Let There Be Carnage.” It’s expected “The Last Duel” will remain in theaters for 45 days, as that’s the theatrical release window Disney and 20th Century Studios features have kept open during the pandemic.

Is ‘The Last Duel’ streaming on HBO Max?

Not yet. But due to a prior deal between 20th Century Fox, before the studio was sold to Disney, and HBO, “The Last Duel” will eventually land on the WarnerMedia streaming platform rather than Disney Plus or Hulu.

Is ‘The Last Duel’ on Netflix?

No, “The Last Duel” is not available on Netflix — and likely won’t stream on the service anytime soon.

When will ‘The Last Duel’ be on streaming?

If “The Last Duel” follows the 45-day theatrical window Disney has placed on its 2021 releases, that would mean “The Last Duel” will be available for rental on VOD streaming sites starting no earlier than November 29.

Is ‘The Last Duel’ on Disney Plus or Hulu?

No, “The Last Duel” is not on Disney Plus or Hulu. Due to its R-rating and subject matter, it’s doubtful the film will ever appear on Disney Plus.