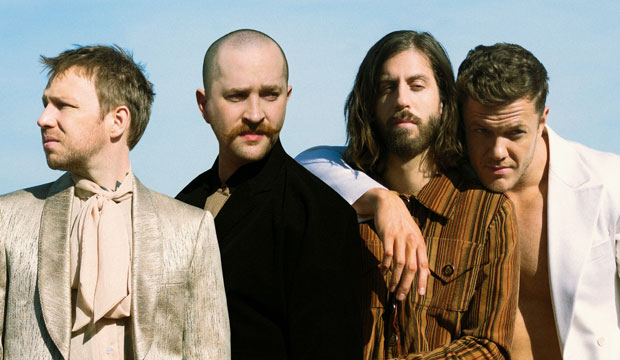 What are the all-time best songs by Imagine Dragons? In honor of the release of their album “Mercury – Act 2” on July 1, 2022, we’re counting down their 15 greatest hits based on quality and cultural impact. What are your favorites, and what do you think of our choice for number-one? Scroll down for the best Imagine Dragons songs, ranked.

Imagine Dragons are a pop rock band that consists of lead singer Dan Reynolds, guitarist Wayne Sermon, bassist Ben McKee and drummer Daniel Platzman. they broke out in 2012 with their first ever single “It’s Time” from their debut studio album “Night Visions.” But it was their subsequent single “Radioactive” that exploded their popularity. It became their first top-five hit on the Billboard Hot 100 and spent 87 total weeks on that chart, which was the all-time record until The Weeknd‘s “Blinding Lights” broke it seven years later. “Radioactive” was also an awards breakthrough, earning a Grammy nomination for Record of the Year and winning Best Rock Performance.

“Night Visions” went multiplatinum and “Radioactive” was certified diamond, but those weren’t the last successes for the band. Their subsequent albums “Smoke and Mirrors,” “Evolve,” and “Origins” were also certified platinum, while their singles “Demons” and “Believer” were additional diamond hits for the quartet among many, many other multiplatinum songs.

In addition to their Grammy success, they have also won prizes from the American Music Awards, Billboard Music Awards, iHeartRadio Music Awards, and MTV Video Music Awards. The band has been a philanthropic force as well, founding the Tyler Robinson Foundation for children battling cancer and contributing to causes related to refugee support and LGBTQIA+ equality. So they make is “believers” in more ways than one.