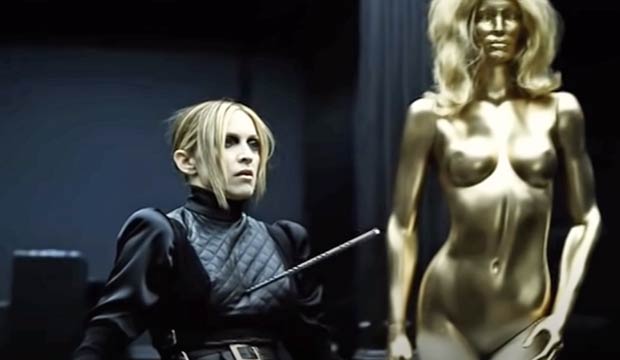 It’s been 60 years since “Dr. No” introduced the most famous fictional spy to movie audiences, opening with a black and white graphic of an eye, inserted with the image of a man turning and pointing a gun – accompanied by one of the most famous instrumentals in cinema history. In the six decades since, there have been 25 Bond films with six different actors portraying the suave spy, as well as 25 accompanying theme songs ripe for debate over which is best.

Monty Norman‘s “James Bond Theme” was so perfect that it has been used in some form in every Bond film since, but each installment also has its own theme, featuring some of the most prolific composers, songwriters and performers of their time. In the 1960s, John Barry took over as composer, eventually working on 11 of the films, and collaborating with a variety of lyricists and artists, ranging from “Oliver!” lyricist Lionel Bart (“From Russian with Love”) to 1980s power band Duran Duran (“A View to a Kill”).

“Goldfinger,” the third in the series, provided singer Shirley Bassey with her biggest hit, and it became clear these songs would become as integral to the franchise and as famous as the Bonds and Bond girls themselves are. Since then, the Bond themes play like a who’s-who of music through the decades: swingin’ 1960s Nancy Sinatra with the sultry ballad “You Only Live Twice,” Paul McCartney and Wings with 1970s rock anthem “Live and Let Die,” 1980s pop sensation Sheena Easton with sexy tribute “For Your Eyes Only,” rock diva Tina Turner with the Bono-written “GoldenEye” and 2000s sensations like Adele, whose more dramatic “Skyfall” finally won over Academy voters to become the first theme to score the Best Original Song Oscar.

We know “nobody does it better” than Bond, but who has the “golden” touch for his music? There’s only one who has three in the running – Bassey- but with everyone from Tom Jones to Carly Simon to Madonna to Billie Eilish in the running, it’s definitely hard to pick. From the classics to the oddballs to the contemporary, we’ve ranked all the Bond themes in our photo gallery.