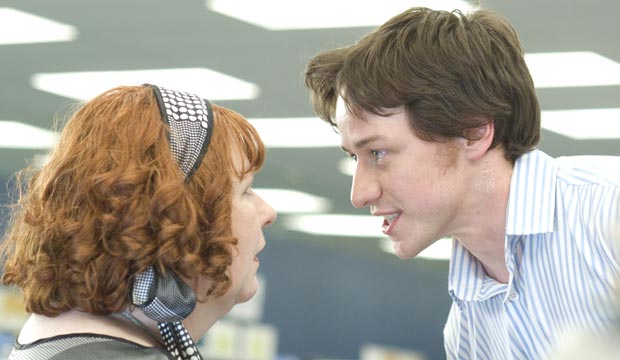 James McAvoy is rare among this new young breed of actors, as he has the ability to shift between offering heartbreaking sensitivity (“Atonement”) to displaying some serious action chops (“Atomic Blonde” and “Wanted”). The ability to toggle between these two attributes in such films as “The Last King of Scotland,” “The Lion, the Witch and the Wardrobe” and as the young Professor X in three films in the “X-Men” series (with a fourth on the way) that has made him internationally one of the most in-demand actors in the world.

Not only is McAvoy versatile in the kind of projects he selects, but he delivers, having earned two BAFTA nominations for his performances in “The Last King of Scotland” and “Atonement” plus a Golden Globe nom for “Atonement” as well.

McAvoy will be all over our screens in the next few months with his fourth “The X-Men” film, “Dark Phoenix,” opening June 7 and “It: Chapter 2” on September 6. This on the heels of reprising his “Split” roles earlier this year in “Glass.” That’s the good news. The bad news is that he is hitting the big 4-0 on April 21, 2019. Let’s raise up a glass to that great Scot with our photo gallery above, which ranks his 10 greatest film performances from worst to best.