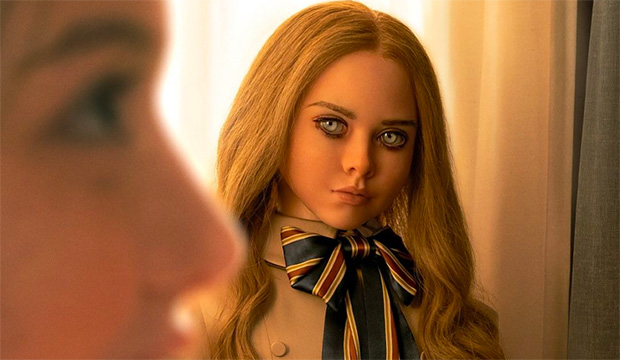 It’s January, which doesn’t exactly mean that awards-worthy movies will immediately disappear from theaters, but it has become somewhat synonymous with studios dumping notoriously bad movies, yet ones that frequently can do well, barring the absence of COVID variants, surges, etc. Ironically, this is also the month in which the first major film festival of the year, Sundance, launches many indie filmmakers and movies into an awards conversation that will take place throughout the year.

That being said, studios were not going to take their chances this year, so we have a mixed bag of remakes, sequels, genre films, and honestly, it will be quite shocking if some of these open with more than $20 million. Read on for Gold Derby’s January 2023 box office preview.

2023 begins with a high-concept horror film from Blumhouse and James Wan’s Atomic Monster that comes across like a modern-day “Child’s Play.” This one stars Allison Williams (“Get Out,” “Girls”) as the inventor of a life-like AI companion, dubbed “M3GAN,” who she introduces to her niece Cady (Violet McGraw). Because this is a horror movie, M3GAN starts taking her edict to protect Cady from harm, physically or emotionally, a little too seriously. The movie seems like something that can appeal to underserved teen and older women, which may also make it the one likely movie to open with more than $20 million this month. We’ll have more about this in next week’s preview.

SEE2022 box office hits: Every movie that made more than $100 million

A week later, Warner Bros. releases this remake of the 1990 comedy classic, which was directed by Reginald Hudlin and starring rappers Kid ‘n’ Play. This one is directed by someone named “Calmatic,” and it doesn’t star anyone I recognize, which may be why it was once planned as an HBO Max movie. Still, there’s branding in play just by having the title “House Party,” which could bring in relatively decent business over MLK Jr. weekend, though maybe not more than $14 or 15 million.

This remake of the Oscar-nominated Swedish drama stars Tom Hanks as Otto, the cantankerous widower who is constantly on neighborhood watch for outsiders parking in his community’s cul de sac. It’s a perfectly charming film that will receive an obligatory one-week Oscar qualification run starting today, Friday, December 30, mostly for the song by Mrs. Hanks, Rita Wilson, which was shortlisted last week. Sony is really pushing the movie for its MLK Jr. weekend release into an unknown number of theaters. Regardless of reviews, which aren’t bad, so far, Hanks is still a draw for older audiences, and this one could likely end up with around $10 million that weekend.

It may not be quite as clear that this is an ersatz follow-up to the 2018 Sundance hit, “SEARCHING,” maybe because it features none of the original cast nor did that film’s director return. Instead, “MISSING” is the directorial debut by two of the editors of “SEARCHING,” Nicholas D. Johnson and Will Merrick, and it stars Storm Reid (“Euphoria”) as a young woman whose mother (Nia Long) has gone missing while on vacation in Colombia with her boyfriend. Normally, this sort of high-concept thriller might do well in January, but it doesn’t feel like Sony has done much in terms of marketing, so this could be another one that fails to make $10 million as January continues to roll out one dud after another.

Gerard Butler and Mike Colter (“Luke Cage”) team-up for this action-thriller as the airplane pilot and his passenger, a convict being transported to jail, who are forced to fight when their plane lands in the middle of a war zone during a bad storm. Directed by Jean-François Richet (“Assault on Precinct 13″), this looks like a decent action movie, but it feels like it’s getting a fairly low-key release, so it will probably end up with around $10 million for its release on the crowded MLK Jr. holiday weekend.

It has been many months since Sarah Polley’s adaptation of Miriam Toews’ best-seller premiered at the Telluride and Toronto Film Festivals. After a platform release over Christmas, it will expand nationwide just as a number of awards and nominations are announced. We’ll have more about this in next week’s weekend preview, but we’ll have to see how wide this goes, considering the weaker showing for its platform release.

Anna Kendrick stars in this psychological thriller which is getting a wide release after a limited release on December 30. In it, Kendrick plays a woman who has been keeping secrets about her boyfriend, who arrives unannounced just as she reveals them to her friends. It would be shocking if this makes more than $5 million, but as you can see, there aren’t a ton of movie choices this month, so it could surprise.

Not nearly as much as known about this religious-based thriller that is also released on MLK Jr. weekend. It’s about a cult that steals the Shroud of Turin for evil purposes. It’s getting a wide release into an unknown number of theater, but other than a trailer, there just isn’t much out there about it. This one will likely open with less than $3 million, but that might be enough to get into the Top 10 by then.

With the success of the Telugu action film “RRR” this past year, there’s some hope that Bollywood releases might get more attention in the States. This spy-thriller directed by Siddharth Anand, starring Shah Rukh Khan, will try to get some of those audiences back into theaters.

2nd Gen filmmaker Brandon Cronenberg’s third feature will receive a premiere at this year’s Sundance Film Festival ahead of its theatrical release. It stars Mia Goth (“X,” “Pearl”) and Alexander Skarsgård, the latter who travels with his wife to the island of “La Tolqa” for a beach vacation when they witness an accident and the island’s “perverse subculture of hedonistic tourism” exposes itself. It’s another vacation-based thriller, a genre that’s become popular during the pandemic, but it’s unknown how wide it will be released.

In some ways, there are far more interesting movies coming out in limited release next month, with quite a few international features that were selected by their countries for the Oscars (and a few of them were shortlisted as well).

Carla Simón’s family drama was selected by Spain for its Oscars, but it wasn’t shortlisted by the Academy, even though it’s a lovely smaller film involving a family running an orchard who are about to lose their land.

While we don’t normally cover Fathom Events in this monthly preview, this one is a pretty cool Japanese genre film which will get a two-night release in dubbed and subtitled versions on January 11 and 12.

Kyle Edward Ball’s oddly-titled horror film played a number of genre fests in 2022. It involves a couple of children who wake up in the middle of the night to find their father missing… as have the windows and doors of their house.

France’s submission for the Oscars, which was recently shortlisted, is Alice Diop’s drama starring Kayije Kagame as novelist Rama who is attending a criminal trial as inspiration for something she’s writing.

Although Florian Zeller’s follow-up to his Oscar-winning “The Father” has not gotten as much traction on the festival circuit, it did receive an Oscar-qualifying run in November. It stars Hugh Jackman as the father of a troubled teen lad (Zen McGrath) suffering from depression. The movie also stars Vanessa Kirby, Laura Dern, and Anthony Hopkins, but reviews haven’t been great.

From director Zhao Ji and China’s Light Chaser Animation Studios comes this sequel to the 2021 fantasy epic following Yang Jian, a God who is commissioned with hunting down his own nephew.

Belgium’s Oscar selection, which was also shortlisted, is Lukas Dhont’s drama about the friendship between two 13-year-old boys that is disrupted, causing one of the boys to approach the other’s mother.

Another rom-com trying to get a jump on Valentine’s Day is this one from director Cecilia Miniucchi, starring Bob Odenkirk as one part of three couples stuck together during the beginning of lockdown.

Léa Seydoux (“No Time to Die”) stars in the new French film from Mia Hansen-Løve (“Eden”) about a single mother who has an affair.

We’ll be back at the end of January for the February preview, but in the weeks to come, you can learn more about all the movies above in our weekly box office previews. 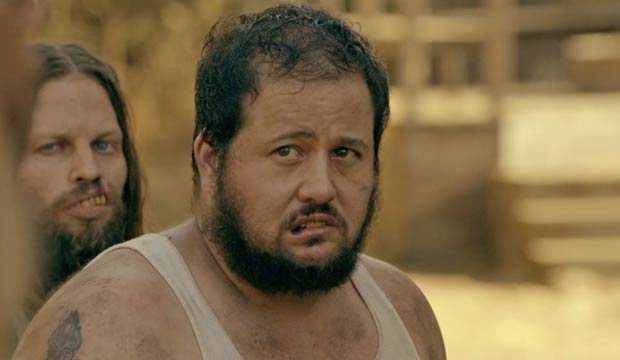