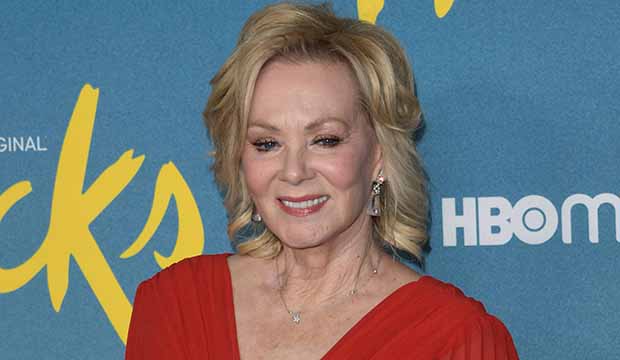 Gold Derby can exclusively reveal that Jean Smart is entering the “Hacks” episode “The Click” as her 2022 Emmy Award submission for Best Comedy Actress. “The Click” aired on May 26 and is the sixth episode of the second season of the HBO Max comedy.

In this installment, after a one-night stand with a younger man, Jason (Devon Sawa), who has no idea who she is, Deborah (Smart) realizes she needs to incorporate more self-deprecating humor into her routine. After a successful run with the new material, she ends her tour to go to Los Angeles to pitch a TV special.

A 12-time nominee and four-time winner, Smart won this category last year for “Hacks.” With the victory, she joined Betty White as the only people to have won Emmys in the comedy lead, supporting and guest categories. Smart’s other wins are in supporting for “Samantha Who?” (2008) and guest for “Frasier” (2000-01). For this 2022 contest, she is up against Rachel Brosnahan (“The Marvelous Mrs. Maisel”), Quinta Brunson (“Abbott Elementary”), Elle Fanning (“The Great”), Kaley Cuoco (“The Flight Attendant”) and Issa Rae (“Insecure”).