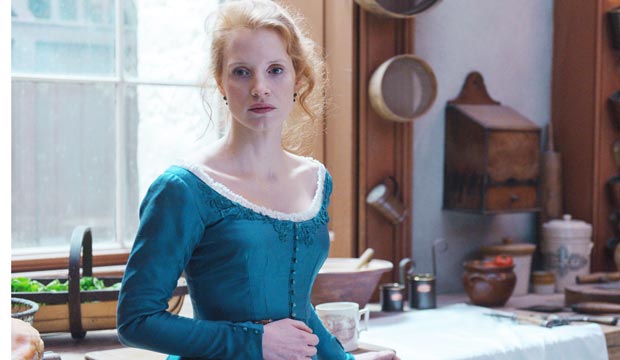 Jessica Chastain has had an unusual career. She started acting at a young age and even gained admittance to Julliard one of the country’s top acting programs. She then seemed to struggle for many years with small roles on TV and occasional theater performances before she suddenly seemed to be everywhere in 2011. She appeared in four major films in key supporting roles with esteemed directors and quickly became one of Hollywood’s most sort after actresses. Even more surprising is this breakthrough came at the age of 34, an age where sadly many actresses start to worry about their roles drying up in film’s ever more youth obsessed culture.

Chastain has received two Oscar nominations one as Supporting Actress for “The Help” and one as Best Actress for “Zero Dark Thirty.” She has received five Golden Globe nominations for those two films plus “A Most Violent Year,” “Miss Sloane” and “Molly’s Game.” If there has been any problem with Chastain’s film career it has been the frustration she and her studios must feel in their inability to translate a lot of those Globe nominations and early awards buzz into actual Oscar bids.. She did win one Golden Globe Award as Best Actress in a Drama for “Zero Dark Thirty” but she would end up losing that Oscar for Best Actress to Jennifer Lawrence in “Silver Linings Playbook.”

On March 24, 2019, Chastain celebrates her 42nd birthday, so take a photo gallery tour above featuring her 12 greatest film performances, ranked worst to best.