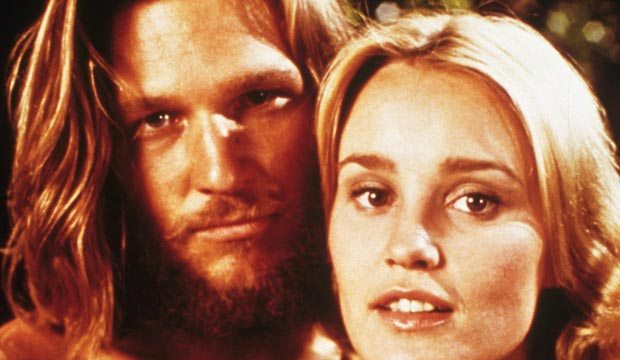 April 20, 2019, marks the 70th birthday of acclaimed actress Jessica Lange. She has had one of the most fascinating careers in Hollywood film history with a somewhat troubled beginning that quickly turned itself around into great triumph. In recent years she has also found success in television and theater winning two Emmys for her work on “American Horror Story” and another for “Grey Gardens” plus a Tony for her work on Broadway in “Long Days Journey into Night.”

Lange’s first film performance was as the star of the much talked about 1976 remake of “King Kong.” The unknown actress was stung by the reaction to the film and despite being awarded the Golden Globe for Best Acting Debut-Female she retreated from films and didn’t do another one for three years.

She would slowly rebuild her reputation in a series of films until she finally struck gold in 1982 with two prominent films, the biopic “Frances” and the comedy “Tootsie.” She would earn two Oscar nominations that year as Best Actress for “Frances” and Best Supporting Actress for “Tootsie” (for which she won). At that moment, it was the first time an actor had received double nominations in 40 years.

While all this acclaim was great for Lange it created problems for awards voters. Coinciding with the release of Lange’s films was the release of “Sophie’s Choice” in which Meryl Streep gave what some critics were describing as the greatest performance ever put on film. Lange seemed destined to be an also ran when the New York Film Critics Circle came up with an inventive solution. Streep came in first in the voting for Best Actress with Lange as a runner up for “Frances.” The group then decided to give Lange the Supporting Actress Award for “Tootsie” as a consolation prize. This idea caught on and Lange who some considered a lead performer in “Tootsie” began to be marketed as a supporting actress and quickly picked up the National Society of Film Critics Award, the Golden Globe and then the Oscar all as Supporting Actress for “Tootsie” while Streep won all the lead trophies.

Lange would rack up four more Academy Awards nominations: “Country” (1984), “Sweet Dreams” (1985), “Music Box” (1989) and “Blue Sky” (1994). It was that final bid that brought her a leading actress Oscar after the film had been sitting on shelves for a while. She said backstage that winning the second award was gratifying since her first Oscar always had a bit of a “caveat” around it since it was given for “Tootsie” but meant for “Frances.”

Lange has proven herself one of the most gifted actresses in her career, taking on the likes of Tennessee Williams and Eugene O’Neill on stage and an even more varied career on film and television. Tour our photo gallery above of her 15 greatest movie performances, ranked from worst to best.